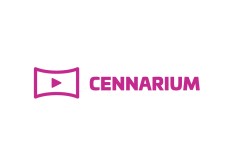 NEW YORK, May 1, 2018 (Newswire.com) - The cultural splendor of Argentina and the passion of its performing arts community is legendary, and now for the first time, several live performances will be made available to audiences around the world. Cennarium, the largest subscription streaming service for theatrical productions, will release five titles that were filmed live in Buenos Aires for on-demand streaming in high-definition.

The productions were all written, directed, choreographed and performed by some of the finest artists throughout Argentina and show the vibrancy and depth of the country’s performing arts productions.

The titles, which will be released by Cennarium May 2, are:

Premiered during the military regime, La Nona is a metaphor for a devastated country. Written by Roberto Cossa, one of Argentina’s most important playwrights, this grotesque and slightly absurd tragicomedy featuring a ravenous elderly woman hits the screen with its entire overwhelming universe. Filmed live at the Multiteatro in Buenos Aires.

Based on a true story, a family torments their disabled daughter driven by financial greed. After six seasons running, the camera reinvents the austere production using fast-paced movements to create different spaces reflecting the zealous struggle of a lawyer to defend the young woman’s rights. Filmed live at the Teatro del Ojo in Buenos Aires.

A multiple award-winning work, this powerful musical performance based on taboo themes centers around Dicky, a character with a complicated past and confronted with difficulties. When his painful and uncertain future as a gay-porn actor is foreseen, he must choose his destiny. Various scenarios are thus played out where the formidable cast embodies multiple characters. Filmed live at the Moliere Café Concert in Buenos Aires.

“The Omission of the Coleman Family” (Drama, Argentina)

This drama focuses on a family whose conflicting relations builds a permanent atmosphere of tension in their lives. Revolving around a grandmother who shields them from the surrounding chaos, each family member is constantly struggling to survive. The family falls apart after the grandmother’s death, but what are they ignoring? Who are they ignoring? How do they save each other? How do they save themselves? Filmed live at the Paseo La Plaza in Buenos Aires.

One couple and three office workers are the protagonists of two stories that entwine from a choral work in which multiple discourses come together. A story in which fear, desire and frustration are part of the lives of those who are striving to become. The play shows how three individuals survive in an office, with their dialogues intertwined with those of a couple. Their stories, seemingly parallel, intersect at a given moment and this convergence brings to light the characters’ painful reality. Filmed live at the Teatro Timbre 4 in Buenos Aires.

Cennarium America Inc. is a producer, licensor and online platform for theatrical content, offering subscribers a wide selection of performances from around the world in high-definition encompassing a variety of genres including drama, dance, comedy, music and opera. The company is headquartered in New York and has offices in France and Brazil. More information is available at www.Cennarium.com, on Twitter (@cennarium), Instagram (@CennariumUSA) and Facebook (/CennariumUSA).

Cennarium to Release New Selection of Theatrical Productions From Across the Globe on Performing Arts Streaming Platform
Audiences from around the world can watch the finest in opera, dance, musicals, drama and other great performances from anywhere, anytime
Cennarium America Inc. - Apr 24, 2018