Cennarium Now Streaming Theatrical Productions From Around the World on Amazon

"Romeo and Juliet," "Cyrano de Bergerac" among 16 performances now available for rent or purchase on Amazon

Cennarium, which offers performing arts productions through its own subscription-based streaming platform, is expanding its distribution to include Amazon, in addition to cable, open channel and partnerships with other distributors.

We are increasing our distribution to include other streaming services to give audiences more options for viewing theatrical productions. Making our content available for streaming on Amazon will help us reach out to and engage with Amazon buyers so they can gain access to some of the best theatrical content from around the world.

The performances, recorded live in high definition, are available to rent on Amazon for $1.99 or purchase for $4.99.

“We are increasing our distribution to include other streaming services to give audiences more options for viewing theatrical productions,” said Themis Gomes, CEO of Cennarium America Inc. “Making our content available for streaming on Amazon will help us reach out to and engage with Amazon buyers so they can gain access to some of the best theatrical content from around the world.”

The first slate of titles to be released on Amazon are:

Romeo and Juliet (Drama, Brazil)
The classic story by Shakespeare adapted to the context of Brazilian popular culture. The play was performed in 10 countries, the highlight being a season at the Shakespeare’s Globe Theatre in London.

Martha Graham Dance Company (Dance, United States)
Described by The Washington Post as “one of the seven wonders of the artistic universe,” this groundbreaking company is embracing a new vision that showcases masterpieces by Martha Graham.

Blithe Spirit (Comedy, Brazil)
Willing to gather data for writing a new book, a famous writer and his second wife pretend interest in supernatural phenomena and invite a well-known medium to host a spiritual ritual. Much to the couple’s surprise, the medium brings the husband’s first wife’s spirit, creating a complicated situation.

Popcorn (Drama, Brazil)
A housewife with no literary experience throws a party to celebrate an award for her bestselling book. The tension is set when a famous television star arrives who intends to turn the book into a movie.

The Whipped Cream (Dance, Germany)
In 1924, Richard Strauss wrote the story with his ballet, transferred to present day by ballet director Karl Alfred Schreiner with his ensemble.

The Day Sam Died (Drama, Brazil)
Dramatizes the ethical choices of six people who meet at a large hospital. How do you remain clean in a world where everything is relativized? You have to take a stand.

The Seagull (Comedy, Russia)
This sequel to the famous play by Anton Chekhov by the bestselling writer Boris Akunin. His take unfolds as a comedic murder mystery.

Fuensanta La Moneta (Dance, Spain)
The synthesis of Fuensanta’s journey through places including India, Italy, Paris and Granada where she was born and began her wonderful footwork.

Smoke and Mirrors (Magic, United States)
Named critic's choice by the Los Angeles Times, this play is a heartfelt comedy-drama with mind-bending magic. Created by and starring actor Albie Selznick and Magician.

A Year Later (Drama, Italy)
Two desks, two employees and a daily alienation which has lasted for 30 years. Scenes of ordinary office life, the inevitable weaving of desires, frustrations and secrets of two colleagues.

A Happy End (Drama, United States)
Set in 1932-33, the play is the story of Mark and Leah Erdmann, a Jewish couple. As the Nazi Party takes power, the family ponders whether to seek an unknown future outside Germany or stay.

Battlefield (Drama, Brazil)
During the Third World War, two enemy soldiers find themselves unable to continue with their army activities due to the lack of ammunition. The sudden break in the war makes the enemies become closer. The reasons for being in war start being questioned, leading to a surreal ending.

Punishment Without Revenge (Drama, Spain)
The pinnacle of Lope de Vega’s dramatic work where he broadly showcases all of his technique, talent and wisdom in service of a show with a language of tremendous poetic beauty.

The Liar (Comedy, Italy)
A famous comedy written in 1750 by the Italian Carlo Goldoni, a modern author with flashes of true contemporaneity. The protagonist, Lelio, is a liar, but essentially an outcast.

Cennarium America Inc. is a producer, licensor and online platform for theatrical content, offering subscribers a wide selection of performances from around the world in high-definition encompassing a variety of genres including drama, dance, comedy, music and opera. The company is headquartered in New York and has offices in France and Brazil. More information is available at www.Cennarium.com, on Twitter (@cennarium), Instagram (@CennariumUSA) and Facebook (/CennariumUSA). 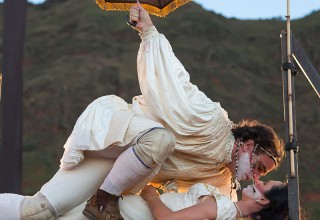 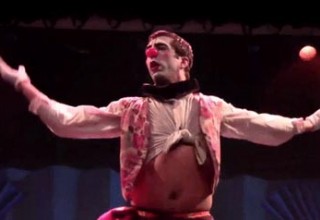 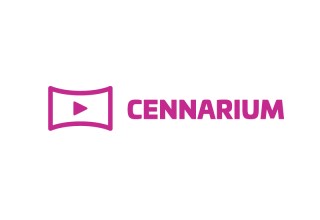 Cennarium to Release New Selection of Theatrical Productions From Across the Globe on Performing Arts Streaming Platform
Audiences from around the world can watch the finest in opera, dance, musicals, drama and other great performances from anywhere, anytime
Cennarium America Inc. - Apr 24, 2018