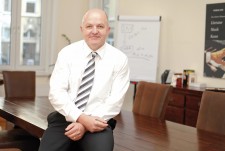 Hanover, Germany, February 13, 2017 (Newswire.com) - ​​German Real Estate specialists, Dolphin Trust GmbH, can confirm that they have successfully negotiated the purchase of German land that exceeds 650,000 square metres. This equates to 148 acres & 60 hectares. In addition to this, the Hanover based company have recently acquired a further three projects in the city of Berlin.

This announcement comes in the aftermath of persistent media and news reports about the shortage of residential accommodation across some of Germany’s major cities.

According to the summary provided in a detailed 2016 White Paper from respected Real Estate Experts Savills, Germany is growing at a significant pace and the housing shortage is intensifying in stride with the issues.

As an example, the Savills report comments that, between the years 2011 and 2015, the number of people living in Germany rose by significantly more than one million people. In line with this growth, in recent years, research reveals that significantly fewer apartments were built than the quantities necessary to satisfy residential demand. To further illustrate this point, at the end of 2014, it was reported that there were only a tiny number of available apartments, with vacancy rates in many German cities predicted at being 2% or lower.

Dolphin Trust GmbH work with respected construction brand Zublin and focus their work on bringing historic listed buildings back into use for residential occupation. With a nine-year track record in this specific segment of German Real Estate, Dolphin Trust is now widely regarded as the market leader in this niche area of the German Property Market.

“Our decision to focus on the renovation of German Listed Buildings is a conscious part of our company strategy. We are proud to be giving a new future to historical German buildings but we are equally satisfied to be making a positive contribution towards addressing the acute residential housing shortage in our country. This latest strategic land acquisition, which is within a comfortable commute of Berlin, epitomises our intentions for the future – to take on high impact real estate projects that add value to both our citizens and to our economy”

END OF PRESS RELEASE
Notes to Editors
1. Dolphin Trust GmbH is a specialist German Real Estate company based in Hannover Germany. You can read more about them here http://www.dolphin-trust.com

2.      Zublin is widely recognised across Europe as Germany's premier construction company. You can read more about them here: http://www.zueblin-teamconcept.de/en/

3. The Press Release was created by Dolphin Trust GmbH you can contact request more information from David via email d.lilley@dolphin-trust.com or phone 0044 7872 131314.