Dixie Southern Vodka Revs Up for the DAYTONA 500 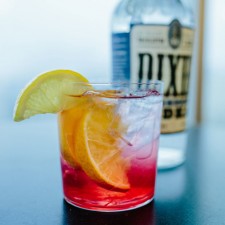 DAYTONA BEACH, Fla., February 13, 2020 (Newswire.com) - This weekend, Dixie Southern Vodka’s multi-year partnership as the “Official Vodka of NASCAR” will come to life at the DAYTONA 500. So far this year, more than 2,000 cases have been ordered to meet demand in Florida, which is just a fraction of the national pull that the partnership – which became official on Jan. 1, 2020 – has already generated. NASCAR sanctions more than 1,200 races in 30 U.S. states, as well as in Canada, Mexico, and Europe.

Matti Christian Anttila, founder of Dixie Southern Vodka and CEO of Grain & Barrel Spirits, explains: “Just as NASCAR grew from southern roots into a national sport watched by millions, Dixie Southern Vodka had evolved from regional to national presence. The NASCAR partnership is now accelerating on- and off-premise chain account presence and driving the brand into 25 new states within months. This is just the beginning: stay tuned for our cup race, the Dixie Vodka 400, which on March 22 will commemorate the 25th anniversary of Homestead-Miami Speedway.”

As the Official Vodka of the DAYTONA 500 and Daytona International Speedway, Dixie will be served at all bars, concession areas, and suites at the Daytona International Speedway, including the Dixie Vodka Filling Station located at the Chevy Injector on the third floor of the track. The official cocktail of racing, the Speedway Cocktail, will debut at the track and be featured at select accounts around Daytona Beach.​

Charleston, South Carolina-based Dixie Vodka is the largest premium craft vodka produced in the Southeast and the ninth-fastest-growing spirit brand in the United States (2019, Beverage Information Group). Since launch in 2014, Dixie has been one of the most awarded vodkas in the U.S., including Dixie Black Pepper being named the world’s top flavored vodka at the globally recognized San Francisco World Spirits Competition (2019). In addition to its core Southern Vodka, 6x distilled from All-American corn and naturally gluten-free, Dixie has five authentically southern flavors made using regionally farmed ingredients. Committed to responsible stewardship of the land, Dixie is a member of 1% for the Planet and a certified South Carolina product. Dixie is owned by Grain & Barrel Spirits, an innovative spirits producer and a member of the Inc. 5000, the definitive list of the fastest-growing privately held companies in the United States. Grain & Barrel also owns pre-prohibition favorite Chicken Cock Whiskey and The Endless Summer Spirits Company. For more information, visit http://www.dixievodka.com/ and https://grainandbarrel.com/, and follow Dixie on Facebook, Twitter, and Instagram.