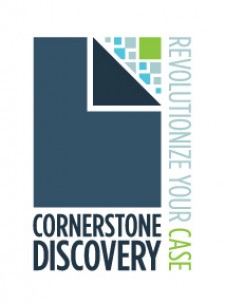 PHILADELPHIA, August 30, 2017 (Newswire.com) - Cornerstone Discovery announced today its role in the David Creato, Jr. murder investigation and trial. The Camden County Prosecutor’s Office leveraged Cornerstone Discovery’s forensic expertise to assist the Prosecution in the examination of cell phone records that included numerous texts messages and phone calls between Creato and his girlfriend as well as various social media accounts including Facebook and Snapchat.

David Creato Jr. was charged back in October of 2015, with the murder of his 3-year-old son, Brendan Creato. Prosecutors have always maintained David Creato committed the crime because the child was an impediment to his relationship with a teenage girlfriend. Creato was also charged with child endangerment and faced a possible life sentence if convicted on the murder charge at trial.

Assistant Camden County Prosecutors, Christine Shah and Kevin Moran sought out Cornerstone Discovery during the course of their investigation with the intent to help their team sift through and analyze the voluminous amount of digital evidence and to provide expert witness testimony at trial regarding Creato’s use of social media. “Camden County Prosecutors called us during the criminal trial planning phase and requested Cornerstone Discovery Digital Forensics services due to our reputation in this highly specialized area,” said Louis Cinquanto, Managing Director and Senior Digital Forensic Examiner at Cornerstone Discovery. “We immediately stepped in and began examining subpoena responses, cell phone records, text messages, digital photos and social media logins to Facebook and Snapchat.”

Digital Forensic services during the investigation and murder trial included:

“Nothing less than a guilty charge was acceptable in this case,” said Brian Stofik, Digital Forensic Examiner, and team member. “We left no stone unturned with data we received and analyzed. I believe we uncovered critical digital evidence that proved David Creato committed the crime because his son was an impediment to his relationship with his girlfriend. We also confirmed the location of a digital photo of the wooded area near the Copper River where his son’s body was found and proved Creato was being untruthful about critical times he said he was sleeping or awake but was accessing his phone around the time of the murder. There is no doubt in my mind that this evidence was weighing on him as he faced another trial.”

While Creato’s previous murder trial ended with a hung jury in late May of 2017, and new trial looming for September, David Creato plead guilty to one count of first degree Aggravated Manslaughter on Wednesday, Aug. 23 rather than face another trial.

In exchange for pleading guilty, David Creato will serve ten years behind bars. He will be required to serve at least 8 years and 6 months of his sentence before he is eligible for parole. David Creato will be sentenced on Sept. 29, 2017.

Cornerstone Discovery is a single-source E-Discovery, Digital Forensic, and Litigation Support firm, founded in 2005. We are proud to support clients both locally and nationally with certified technical experts and experienced trial technicians.