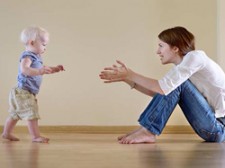 December 7, 2014 (Newswire.com) - The number of Twin Cities households with children is changing. Recent analysis by the Minnesota State Demographic Center, reveal the stark reality that Minnesota has not rebounded with the percentage of births seen before the housing bubble burst. As child birth declines, demographic changes are transforming Twin Cities real estate and impact a sense of community connectedness.

"Housing choices of many Millennial age residents in the Twin Cities are impacted by burdensome school loans which limit their financial means," says Jenna Thuening, owner of Home Destination. "This has moved the median age of marriage and child-bearing up a few years. The ensuing delayed household formation is causing ripples across Minneapolis - St. Paul real estate. Residential neighborhoods with higher levels of school age children seem to have more cohesion between families and city identity strengthens."

The full impact of how lower birth rates will reshape Minneapolis real estate demographics remains to be seen. One thing is clearer, the baby boom expected after a recession is not occurring in Minnesota like history would suggest. The level of the state's birthrate is slipping and the number of new children born has not recovered to its prerecession numbers, according to a new report released December 4th from the Minnesota State Demographic Center.

"Typically after a recession we expect a rebound in births, because everyone will decide that they're feeling economically secure at about the same time," said Susan Brower, the state demographer. "We haven't seen that yet."

Economists watch demographic changes in birthrate because it impacts so many aspects of a community. Some areas affected by a lower birth rate are:

An expanding percentage of women of color during childbearing age — particularly Latinos — are born in the U.S., and are delaying starting a family household, said Brower, Minnesota's demographer. "There's probably economic factors going on there, but the underlying current is that longer-term trend of who makes up that group of mothers."

The total number of children a black family in Minnesota is likely to have declined from 3.6 in 2007 to 2.9 in 2012. Adding to the downturn, Asian birth rates in the Minneapolis area have also dipped through they remain higher than white fertility rates. The new demographics indicate that as immigrant residents become more acclimated to living in the United States, birthrates tend to drop and people have children at a pace that is more in line with their ability to afford them. Camacho concluded: "The cost of raising children is very expensive."

White birthrates remain relatively unchanged, though the large population of Millennial age residents in the Twin Cities could change that. The National Association of Realtors recently predicted that more Millennials will buy a home due to plans of starting a family in 2015. Dissimilar to minority birthrates, the numbers of new births to white mothers wasn't dramatically affected by the recession. Reason seems to say this is influenced by income.

"Whites are probably generally more affluent and more shielded from the recession," said Peter Ferderer, an economist at Macalester College.

Evidence of the demographic changes in population and their full impact on the Twin Cities real estate market will be revealed over time.

"Home sellers will continue to compete for both younger and older would-be buyers in a world where the number of homeowners is diminishing in comparison to the percentage of residents who end up renting a home," believes Thuening.

About Home Destination - Twin Cities Real Estate:
Home Destination offers a loyal and committed real estate professional service that personally handles all of the details of selling or purchasing homes in Eden Prairie, Minnesota. Highly regarded by peers as a Minneapolis metro expert for over 15 years, gain a skilled representative as guide to make the best possible housing decisions. Helping all home buyer types, from Millennials seeking to buy their first home to individuals moving-up to a larger luxury home, Jenna Thuening has the real estate experience and acumen buyers and sellers benefit from.