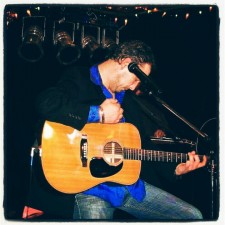 Michigan House Minority Leader, Rep. Tim Greimel (D-Auburn Hills) will be kicking off the event with a champagne toast and “Bubbles of Love” release.

"It's an honor to be part of this rally. Parental Alienation is one of the cruelest forms of child abuse, and arguably the least understood. Hopefully through awareness and accountability, we can force the necessary change in the family court system to end the enablement and encouragement by the system that's sole focus should be protecting children from abuse."

One of the original pioneers in the study of parental alienation, Douglas Darnall, PhD, has provided a pre-recorded video message to inspire and encourage the rally-goers. Dr. Darnall has been advocating for children and families victimized by parental alienation for the past 25 years. An Ohio licensed psychologist since 1979, he worked as a court psychologist for Trumbull County Family Court for 21 years and is currently CEO at PsyCare, Inc. He has published Divorce Casualties: Understanding Parental Alienation, Divorce Casualties: Protecting your Children from Parental Alienation and Beyond Divorce Casualties: Reuniting the Alienated Family. He has appeared in court on over one hundred cases in twelve states as an expert witness involving custody, parental alienation, and other forensic matters. He has also appeared on the Montel Show and Court TV. He has given presentations at both State and National Conferences including the Missouri State Bar and North Dakota State Bar Associations, AFCC, Children's Rights Council, and Local and State Bar Associations.

Singer / Songwriter, Curtis Lee Putman, announced his support of the rally this week as well, offering his own story on parental alienation and a musical performance.

"It's an honor to be part of this rally. Parental Alienation is one of the cruelest forms of child abuse, and arguably the least understood. Hopefully through awareness and accountability, we can force the necessary change in the family court system to end the enablement and encouragement by the system that's sole focus should be protecting children from abuse,” Putman said.

Curtis Lee Putman's country and blues music is as memorable, distinctive and genuine as Kalamazoo, MI, where he was born, raised and still calls home. Putman also works in Nashville and Montgomery while managing his namesake CLP Music Productions label. Putman has been recognized by the 13th Annual Independent Music Awards in a spotlight artist feature and is a coed favorite wherever he brings the party. Jeff Cummings from the Montgomery Area Musicians association described him as "what happens when Johnny Cash, Waylon and Hank Sr. collide with John Lee Hooker and Lightning Hopkins.” Putman is currently finishing his long awaited next release entitled “#MyTruth,” with the first single debuting at this event entitled, #TallintheSaddle.” This song speaks to the experience Curtis went through fighting for his life as an alienated father through a protracted divorce, extensive custody battle; culminating in being wrongly accused of child abuse, fighting the courts and system to the highest levels, and finally exonerating himself. The ultimate resolution has been a recent full reconciliation with his daughters who were and still are the center of his world and his heart.

Joining Putman on stage will be his daughter, Sabrina, who is a testimony to reunification after alienation.

Source: Dads and Moms of Michigan

About Dads and Moms of Michigan

Dads & Moms of Michigan is a nonprofit dedicated to bettering the lives of Children by providing education and support to help parents create a "Conflict Free Zone" for their children.