Privacy cryptocurrency Zcoin ($XZC) is pleased to announce that it has released a new version called 'French Drop' which makes substantial privacy improvements for users. 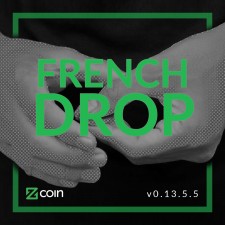 BANGKOK, March 1, 2018 (Newswire.com) - Zcoin has announced their new release 0.13.5.5 “French Drop”, which includes a completely rewritten implementation code, with substantial performance improvements and security fixes to the original Zerocoin library plus enhanced TOR integration. For users, this translates to increased confidence in the privacy features Zcoin is known for, plus TOR ease of use in the Zcoin wallet. The version “French Drop” is named after one of the most fundamental sleights of hand in coin magic which Zcoin sees as symbolizing the mathematical wizardry behind zero-knowledge proofs.

“We believe that update marks a major milestone in locking down Zcoin's fundamentals and privacy”, said Reuben Yap, their COO. “With this implementation, Zerocoin will work even more smoothly with code which is easier to audit. There are a few more changes that will be noted by users, like re-index time, which is 7-8 times faster now and verification time per spend, which has decreased by integrating additional data in a spend transaction. Some bugs have been squashed as well.”, he said.

We believe that update marks a major milestone in locking down Zcoin's fundamentals and privacy.

Several other improvements have been made such as incremental accumulator optimizations which make minting and spending faster in larger accumulator sizes and improved stability by eliminating the non-deterministic behavior.

“With this recode, Zcoin's users can have the best Zerocoin implementation available on the market”, said Founder Poramin Insom.

Zcoin's dev team have integrated TOR into the Zcoin wallets, which allows users to enable TOR routing with a single click. Previously, TOR needed to be installed separately and configured to work with Zcoin.

Zcoin's implementation of TOR also includes TOR stream isolation, meaning now every single connection on the wallet goes through a separate TOR circuit and has a different IP address. TOR integration makes it easy to protect user's IP address while transacting on Zcoin without any additional installations required.

Next, their development team will be looking into the denominations and fee structure to further encourage the use of Zerocoin transactions in the wallet. Several other code improvements are also on the horizon.

The new version will be implemented with a hard fork at block 78500.

Zcoin ($XZC) is an open source decentralized cryptocurrency which was the first to implement the Zerocoin protocol which is cryptographic extension of Bitcoin and is under active development with funding in place for several years.