Crypto-Anarchist Cody Wilson Argues His Sale of 3D Gun Blueprints is Legal Despite Injunction, in Exclusive 'Humans of Bitcoin' Podcast 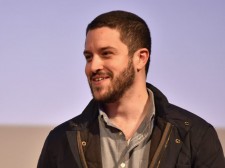 SEATTLE, August 28, 2018 (Newswire.com) - On Monday, a federal judge in Seattle upheld an emergency injunction that sought to prevent Austin-based nonprofit Defense Distributed and its founder, Cody Wilson, from publishing printable 3D gun design files. Judge Robert Lasnick of the Western District in Washington State issued the decision Monday, citing threats to public safety and potential interference with law enforcement’s ability to pass and enforce gun laws in his ruling. But in an exclusive interview released Monday night with “Humans of Bitcoin” podcast, part of the Bitcoin.com Podcast Network, hosted by Matt Aaron, Cody Wilson revealed that his sale of the 3-D gun blueprints will go forward, despite his current legal battles in 20 states across the U.S.

Cody Wilson has been called many things by mainstream media and public lawmakers, but he prefers crypto-anarchist and “defense contractor for the people.” He’s no stranger to legal trouble: A temporary federal restraining order forced DefCad, his website, to go dark at the end of July.

And despite a settlement with the U.S. Department of State that explicitly allowed Wilson to publish the files after a years-long legal battle, a spray of lawsuits from 19 attorneys general and the District of Columbia has kept Wilson tied up in red tape for years.

Most recently, Wilson has served as the central axis around which a media frenzy has swirled since he first published the 3-D files for a plastic, serial-free gun five years ago, eliciting resistance from every corner of the political spectrum. Judge Lasnick’s Monday decision has been touted by outlets like VICE and The New York Times as a legal ruling that will serve as a legitimate stumbling-block for Wilson.

But this, Wilson says, is a misrepresentation based on a fundamental misunderstanding of the law.

Mainstream media reports of Monday’s legal “victory” for gun control and firearms regulations, says Wilson, are inaccurate. In fact, he exclusively told the “Humans of Bitcoin” podcast sponsored by Bitcoin.com, “No one’s even disputing that I can sell you the file or just give it to you.”

Wilson explained that, while the public internet distribution of the files has been legally blocked, their sale has always been, and remains, his legal right--a right that he plans to exercise beginning this week. “I’m just going to start selling the files on my site instead of letting you download them,” he told Aaron on August 22nd.

The states’ lawsuits, Wilson told Aaron, are propagating a false sense of security afforded to the public by a “mere technicality.” In other words, “I’m simply choosing not to give the files to the public yet, and I’ll be doing that starting next week,” Wilson said on Wednesday. “It’s always been legal to make your own gun,” he elaborated, and the attempts to block him, Wilson argued, are nothing more than an expensive farce.

Of course, Wilson is encountering his own expenses due to his legal troubles. In keeping with Bitcoin.com’s philosophy of digital freedom and mission to bring open-source, permissionless currency to the world, Bitcoin.com CEO Roger Ver has pledged his financial support in the wake of Wilson’s ongoing legal battle. Through the Defense Distributed Fund at freedom.bitcoin.com, Bitcoin.com will match donations up to $100,000 in Bitcoin Cash.

Wilson, who found Bitcoin in 2012, says that his fight for what he calls “freedom of code” is of particular interest to the cryptocurrency community. The crypto community, like Wilson’s nonprofit, is answering fundamental questions about exactly how much speech (and code) should be protected with radically libertarian answers.

Roger Ver, the CEO of Bitcoin.com, was one of Bitcoin’s earliest angel investors. A voluntaryist, libertarian, and avid champion for individual freedoms, Ver nearly single-handedly funded Bitcoin’s first generation of startups, including Blockchain.info, Bitpay, Kraken, and many others.

Bitcoin.com is SUPERCHARGED to change the world with BCH. Our suite of developer tools have been downloaded 36,000+ times from over 100 countries.

Bitcoin.com Hits Major Milestone: 2.5 Million Bitcoin Wallets Created by Users
The Bitcoin.com wallet is striving to be the most useful place to store Bitcoin Cash for day to day payments.
Bitcoin - Jul 11, 2018
Newswire