Bitcoin.com's fully-featured JavaScript framework for Bitcoin Cash has been downloaded more than 36,000 times from more than 100 countries.

TOKYO, July 19, 2018 (Newswire.com) - Bitcoin.com has launched their new suite of developer tools, a best-in-class suite of open-source tools that take developers from an idea to application. The tools also provide a knowledge base through blog posts, tutorials and a weekly vlog series that helps developers grow step-by-step from hobbyist to professional. Developers can now sign up to Bitcoin.com to receive updates, gain knowledge and join and participate in a new community.

“Our suite of tools will help developers go from idea to application 10 times faster than the competition,” says Gabriel Cardona, Product Manager. “BITBOX will give developers the tools they need to create world-changing applications. Our Cloud will let developers deploy and scale their app on demand and our Market will enable them to monetize their work.”

The new tools feature BITBOX SDK, Bitcoin.com’s fully featured JavaScript framework for Bitcoin Cash. It has everything needed for developers to create amazing BCH applications. BITBOX SDK features mnemonics, HDNodes, ECPairs, crypto, addresses, transactions and much more. Developers can bootstrap apps in React, Angular, Node, Next, and Vue in under a minute. The full console with the entire BITBOX API lets developers test their ideas with zero setup.

GUI is Bitcoin.com’s full BCH blockchain and BIP44 wallet that developers can utilize to configure however they choose. It doesn’t connect to the real network and only consists of transactions and blocks which developers create locally, so it’s quick and responsive.

Another tool in the developer suite is REST, which is the BCH JSON RPC over HTTP. It includes a fully documented and interactive GUI that developers can use to test their ideas and confirm their code is making proper API calls. Not restricted to JavaScript, REST lets developers interact with a full Bitcoin Cash node from any language on the command line, client or server. In the last week, REST read or wrote to the BCH blockchain over 250,000 times.

After a developer builds an app with BITBOX, they need infrastructure on which to deploy and scale. Bitcoin.com will soon launch their Cloud, which is a blockchain-as-a-service and provides an ecosystem of add-ons for data, monitoring, logging, metrics, testing and more all built with BITBOX. Once the app is deployed, Bitcoin.com’s soon to launch Market enables paid downloads, streaming media, in-app purchases, tokens and more ways for developers to monetize the app.

Bitcoin.com is the premier source for everything Bitcoin related. The website helps users buy, use, and store Bitcoin securely. For more information, visit Bitcoin.com. 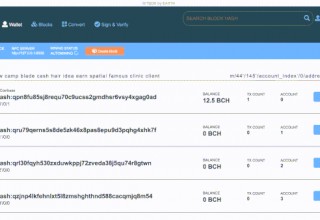 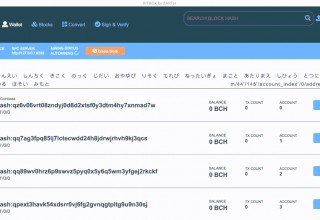 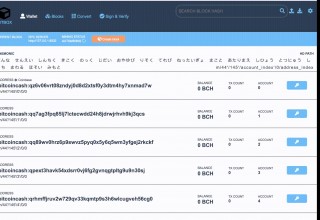 Bitcoin.com is SUPERCHARGED to change the world with BCH. Our suite of developer tools have been downloaded 36,000+ times from over 100 countries.

Bitcoin.com Hits Major Milestone: 2.5 Million Bitcoin Wallets Created by Users
The Bitcoin.com wallet is striving to be the most useful place to store Bitcoin Cash for day to day payments.
Bitcoin - Jul 11, 2018
Newswire