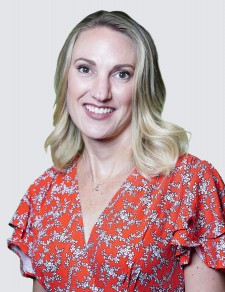 “I’m thrilled to bring my experience to a company with such a strong and successful track-record, as well as a promising future,” said Schickel. “As someone that’s worked in enterprise growth for over a decade, I believe implementing a shared vision through collaboration will garner even greater successes for us.”

After receiving a Bachelor of Arts in journalism from The University of Georgia, Courtney began a career in sales and marketing at Ingenious Med, Inc. Originally hired as a senior sales executive, she was later tapped for a position as vice president of sales. After serving in that role and achieving accelerated growth, Courtney transitioned to vice president of marketing before accepting a senior VP position with Vyne Corporation three years later.

“After being introduced, I immediately knew Courtney’s qualifications and tenacity would be a great fit for our evolving go-to-market strategy,” said David Brinkman, President and CEO of AssureSign. “I’m excited at the prospect of growing our company, in part, by leveraging her experience and talent.”

Courtney joined AssureSign during a time of expansion and industry recognition. In 2018, the eSignature company increased its year-over-year top-line revenue by more than 50 percent and nearly doubled its customer base while expanding its marketing, B2B sales, client support, operations, and development divisions. In addition to market share growth, the company recently received notable industry recognition, including the Top 40 Most Innovative Company award; Microsoft Gold Partner status; Market Leader designation by FeaturedCustomers; ranking among the top 20 companies in seven of Comparably’s Top Rated categories; and being named a Best and Brightest Company to Work For in Atlanta.

AssureSign simplifies the world’s most powerful action — the signature. Available as an on-premise, customizable solution for the enterprise and as an on-demand, SaaS solution for small business, AssureSign enables any business to create and execute a secure and seamless signature experience. By offering the electronic signature industry’s most flexible API, AssureSign has also built an extensive partner program with a proven revenue stream. Founded in 2000, AssureSign has executed over 400 million electronic signatures for many of the world’s most well-known brands.