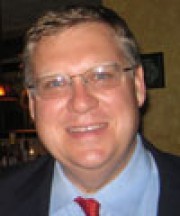 Alexandria, Virginia, February 24, 2016 (Newswire.com) - In a major victory for election integrity, a federal court slapped down an attempt by liberal groups and the U.S. Justice Department to get an injunction to halt the application of new laws in several states requiring proof-of-citizenship when registering to vote.

District of Columbia federal district court Judge Richard Leon issued the order on Monday  denying the request by the NAACP, the League of Women Voters, and the Justice Department for a temporary restraining order (TRO).  The U.S. Election Assistance Commission (EAC) is now free to instruct residents of Alabama, Georgia and Kansas that they must comply with state laws requiring proof-of-citizenship when registering to vote.

“Americans believe overwhelmingly that only citizens should be voting in American elections,” said J. Christian Adams, an ACRU Policy Board member whose Public Interest Legal Foundation intervened in the case on behalf of the states.  “The Obama Administration has shown a clear hostility towards ensuring voter integrity. Non-citizens have participated in American elections….Verifying citizenship is the first step in stopping aliens from influencing who is in power.”

“This is a tremendous victory, particularly given the questionable conduct of the Justice Department, which came into court on Monday refusing to defend the actions of the EAC,” said ACRU Policy Board member Hans von Spakovsky. “Judge Leon castigated DOJ during the hearing and added a footnote to his four-page order about the behavior of Justice….”

“For a judge to refuse to accept a consent agreement of the lawyers in a case who are representing the plaintiffs and supposedly representing the defendants is almost unprecedented,” Mr. von Spakovsky said. “And that footnote is an obvious warning to the Justice Department about its misbehavior in the case.”

A second hearing is slated on March 9.

J. Christian Adams is the President and General Counsel of the Public Interest Legal Foundation.   He served from 2005 to 2010 in the Voting Section at the United States Department of Justice. He is the author of the New York Times bestseller Injustice: Exposing the Racial Agenda of the Obama Justice Department. He litigates election law cases throughout the United States and brought the first private party litigation resulting in the cleanup of corrupted voter rolls under the National Voter Registration Act of 1993.  He represented multiple presidential campaigns in election litigation.  He successfully litigated the landmark case of United States v. Ike Brown in the Southern District of Mississippi, the first case brought under the Voting Rights Act on behalf of a discriminated-against white minority in Noxubee County.  Prior to his time at the Justice Department, he served as General Counsel to the South Carolina Secretary of State.  He also serves as legal editor at PJ Media and appears frequently on Fox News and has appeared at National Review, Breitbart, the Washington Examiner, American Spectator, Washington Times and other publications. He also serves on the Policy Board of the American Civil Rights Union.  He has a law degree from the University of South Carolina School of Law. He is a member of the South Carolina and Virginia Bars.