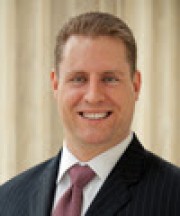 Submitted on behalf of Concerned Women for America and the Susan B. Anthony List, the amicus brief in the potential landmark case Whole Woman’s Health v. Hellerstedt involves a Texas law that requires equal protection for the health and safety of women in abortion clinics operating in the state.

The brief contends that failure to adopt standard medical clinic rules, such as requiring doctors to have admitting privileges at a nearby hospital, would harm the clinics’ clients. Far from eliminating discrimination against women, absence of the law would result in “subjecting women to healthcare that is of inferior quality to that enjoyed by men in the state of Texas,” the brief states.

Liberal opponents of the law argue that abortion laws burden women as a group. The ACRU’s brief argues that while those charges are false, that even if such allegations were true, the Texas law easily satisfies the test required by the Fourteenth Amendment for laws that impact Americans based on gender, a test that courts call “intermediate scrutiny.”

In fact, the law involves a compelling interest -- protecting women from becoming victims of substandard care.

Oral argument will be heard on March 2nd and a decision will be announced by the end of June.

About Kenneth A. (Ken) Klukowski

Kenneth A. (Ken) Klukowski is a Fellow with the American Civil Rights Union. He is also Senior Counsel and Director of Strategic Affairs at Liberty Institute, and Legal Editor for Breitbart News Network. Klukowski has served as Special Deputy Attorney General of Indiana, and worked on faculty at Liberty University School of Law. His columns have appeared in the Wall Street Journal and other national publications, and his amicus briefs and eight law review articles have been cited by various federal courts and top legal journals.

He has participated in numerous Supreme Court cases, and lectured and debated at over seventy law schools nationwide. A national bestselling author, his most recent book is Resurgent: How Constitutional Conservatism Can Save America, published by Simon & Schuster. He received his bachelor’s degree from the University of Notre Dame, studied history at Arizona State University, earned his law degree from George Mason University, and served as a law clerk to Judge Alice Batchelder on the U.S. Court of Appeals for the Sixth Circuit.