The "Helping Humanity Thru Laughter" campaign, created by comedian Ed Blaze, will bring an audience-selected roster of comedians to over 30 U.S. cities in 2016. 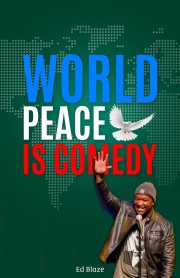 New York, NY, April 29, 2015 (Newswire.com) - Imagine seeing Chris Rock, Louis CK and Jerry Seinfeld, or Kevin Hart, Bill Burr and Kathy Griffin on one ticket? According to the host of Ed Blaze & Friends that’s exactly what he is trying to create with the start up of his campaign which will allow supporters to pick and suggest the 3 comedians that will be on the tour  - With over 50 comedians to choose from, Only 3 most voted Comedians will be on the tour.

Calling it “The Unity Comedy Tour 2016” this will happen once we get enough supporters, “Ed added.

"There is something special about real comedy that music, politics, or even sports can't offer. Comedy can heal, and it does so indiscriminately, no matter what our race, gender, nationality or political party. It's universal,"

The idea is to pick three headliners that can bring a mix crowd, Comedy is universal and this is just a small part of us trying to promote unity – thru comedy

And Supporters for the campaign gets to earn best rewards like VIP tickets, Signed Certificates with their name on it, T-shirts and more

“There is something special about real comedy that music, politics, or even sports can’t offer. Comedy can heal, and it does so indiscriminately, no matter what our race, gender, nationality or political party. It’s universal,” said Blaze.

Perfect timing for everyone that love comedy to join and support this campaign, because once the tour get confirmed and comedians selected – General tickets can range from $40 - $300 per ticket, depending on seating and availability. Campaign supporters are urged to vote for the headliners at the Helping Humanity Thru Laughter campaign.

Blaze is also the author of “World Peace is Comedy,” a book about the comedian’s childhood in Africa, his emigration to the United States, and life as a stand-up comedian in America. To find out more about the book, and see Blaze in action, visit www.edblaze.com, where you can watch hilarious clips and videos, as well as find information about upcoming tour dates, and special comedy shows.

Helping Humanity Thru Laughter needs your help! All funds go towards booking talent, transportation expenses, venues, marketing, and merchandise for the supporters. Incentives include VIP tickets, certificates, copies of World Peace is Comedy book, and even a chance for new comedians to tour with the comedic ensemble and perform as an opening act in four cities. The campaign ends May 29th, 2015, for more information, tickets, tour updates, and other incentives please visit the campaign page at: Helping Humanity Thru Laughter Kickstarter page.

Our goal is to put fans first. Every day we're listening to your feedback and working to improve your experience before, during, and after events.

World Peace is Comedy: Tanzanian Comic Writes About Life in America
African born comedian Ed Blaze talks about using comedy to cross cultures with the western world and his funniest experiences as a Tanzanian living in the United States in his new autobiography "World Peace is Comedy."
Metro Comedy Entertainment - Mar 26, 2015