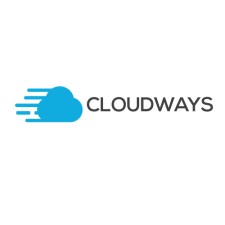 With these additions, Cloudways makes it convenient for ecommerce store owners, web designers, and developers to deploy web applications on top of the best cloud infrastructures in over 39 locations around the globe.

"The new datacenters locations of our partnering infrastructure providers will help website owners reach their target audience without worrying about latency issues and localization requirements," said Pere Hospital, CTO and co-founder of Cloudways. "With an optimized caching stack that offers reliable performance and speed, Cloudways Platform is one of the most affordable managed hosting platforms covering major regions around the globe."

With the induction of the Mumbai, Singapore, Oregon, and Toronto datacenters, Cloudways is now open for multiple regions that are home to a large number of small and medium enterprises, emerging start-ups, ecommerce stores, and web development agencies.

Cloudways is an easy-to-use Managed Cloud Platform that let users host on top of the best cloud infrastructure providers, namely DigitalOcean, Vultr, Amazon, Google, and Kyup. With 39 global locations, web development and design agencies can host the web apps closest to their target audience with speedy performance and 99.99% uptime. The managed Platform comes with one-click console, free SSL, sub-domain based staging areas, email and DNS addons, and free automated WordPress migrations. In case of any issues, a team of cloud experts is always there to help users through 24x7 Live Chat and Support Ticket systems.