Chris Ma, Founder and CEO of Vantage LED, was honored to join Sigma Nu Tau courtesy of the nomination from Cal State University of San Bernardino as the second entrepreneur ever in the CSUSB chapter's history to receive this honor 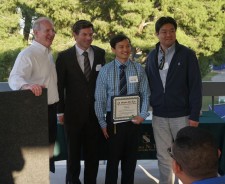 San Bernardino, CA, May 31, 2017 (Newswire.com) - Last Friday, Chris Ma, Founder and CEO of Vantage LED, was honored to join Sigma Nu Tau courtesy of the nomination from Cal State University of San Bernardino. Sigma Nu Tau is an Entrepreneurship Honor Society dedicated to recognizing and rewarding their students who excel in their studies and are promising entrepreneurs. Occasionally, they recognized the inspiring efforts of faculty and local business entrepreneurs. Chris was nominated as only the second entrepreneur ever in the CSUSB chapter’s history to receive this honor.

Sigma Nu Tau was established in 2009 at the State University of New York at Plattsburgh. Under the guidance of its founder, Dr. Nancy J. Church, its mission is to be a collegiate honor society that recognizes students, faculty members, and entrepreneurs who have either excelled in the study of entrepreneurship or who are exemplary models of principled entrepreneurship.

"Chris is an outstanding example of an entrepreneur that is principled in his actions, maximizing the success of his firm and acting with integrity."

Students are usually the recipients with the right to join this prestigious honor society. They are required to have high GPAs in their academic pursuit of a major in entrepreneurship and that usually results in a very small group being able to join every year.

This year, 10 students, 1 faculty member, and 1 entrepreneur (Chris Ma) were inducted into the society. Cal State University of San Bernardino is now the fourth largest chapter of Sigma Nu Tau.

Ma was recognized for his efforts in business in the inland empire, but also for the business mentality he embodies with his company, Vantage LED.

Last year, he announced to his entire team that he has "got their back" by officially converting Vantage LED to an Employee Stock Ownership Plan (ESOP). Chris Ma stated, "The company is nothing without its people. As such, it's time to take care of the people who make Vantage LED so extraordinary."

During that time, he recognized several employees for their years of dedication and contributions with brand new cars.

More notably, Chris is sincere when it comes to cultivating a family-type atmosphere where everyone is responsible for the company’s growth. He invests the time to establish long-term relationships with partners and takes genuine interest in growing their business by providing unique product solutions and business incentives.

Ma stated, “I want to inspire the next generation to take risks and charge of their own life to create a better future. In society these days, it’s too easy to complain, and it takes that person with the 'It' factor to do something about it and find solutions.”

“Chris Ma embodies our mission,” stated Dr. Mike Stull the Director of the Center for Entrepreneurship and The Faculty Advisor for this Chapter of Sigma Nu Tau who nominated Chris.

Stull continued, “We have always been impressed with Chris and his approach to running a prosperous company. It is more than just growth and profit — it is about doing things the right way and valuing the team of people that make it all happen. Chris is an outstanding example of an entrepreneur that is principled in his actions, maximizing the success of his firm and acting with integrity.” 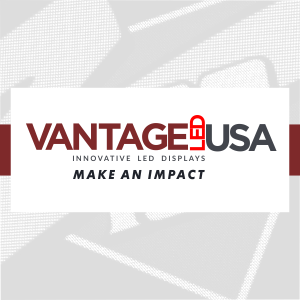