NEW YORK, February 15, 2018 (Newswire.com) - On February 15, 2018, on the eve of China’s traditional New Year, the Chinese national liquor Moutai, taking its mission as “promoting Chinese liquor culture and pursuing innovation and excellence, will become the focus of the whole world when it debuts in New York Times Square in the United States. With the help of this high-end platform, it will show the world the power of Chinese brands and the unique charm and style of brewed in China, and wish the people all around the world a happy new year!

As a bustling block in Manhattan, and known as “the crossroad of the world,” Times Square is a prosperous entertainment and shopping center with excellent impact for publicity. It plays, therefore, a dominant role in building brands and showcasing the strength of a company. The reason for Moutai, China's most high-end liquor brand, to choose to show the brand style here is that it wishes to build its brand image, speak for Chinese brands, and play a role in the construction of Chinese brands through the high-end platform. Secondly, it wants to show the people all over the world that Moutai Group is about to enjoy a leap in its development model and demonstrate the determination and stance of the national liquor Moutai. Thirdly, on the day before 2018 Chinese New Year, it will let the world see the strength of a Chinese company, enhance the confidence for cooperation among foreign companies and cooperate with domestic and international partners in the joint creation of a new future.

With the rapid development of the world’s economy, China, the second largest economy in the world, is recognized and accepted by more and more people around the world. As a well-known brand of Chinese liquor, Moutai Group has, over the years, vigorously devoted itself to the transformation from made in China to created in China. It has also played an active role in exploring the production, R&D, marketing, and so on, continually making breakthroughs in innovation and achieving tremendous growth.

Winning Fans with Its Actual Strength, Moutai Enters a New Era of Development

As one of the top three famous liquors worldwide, Moutai boasts a history of more than 800 years and has won countless awards. With its products sold all over the world, it is known as the famous liquor worldwide and the pride of China. Now as its brand value is increasing rapidly at a high rate, Moutai has not only won fans in China through its actual strength: it has also made a good start in promoting its brand overseas, winning fans both at home and abroad.

Moutai has consistently been committed to expanding its rare range of liquors to serve more consumers. In the past two years, the popularity and development speed of Moutai has ranked first in the industry. Under the premise of focusing on the Chinese market, Moutai has insisted on exploring the international market, increased the proportion of sales in overseas markets year by year, and marched toward to a broader mainstream market by attracting foreign consumer groups by traditional Chinese market circle.

In the context of economic globalization, expanding the international market has become the inevitable trend for the sustainable development of China’s high-end liquor. The development of Moutai has not only brought joy and encouragement to Chinese liquor but also heralded the future development of liquor.

Launched in 2016, Rose Gold Moutai has narrowed the distance between the traditional liquors and fashion trends by its unique style and vibrant color. This mild luxury liquor is a real manifestation of “national liquor Moutai, brewing high-quality life.”

As a new product launched by Moutai Group, Rose Gold Moutai reflects that the national liquor Moutai, as an industry benchmark, tries to adapt to market trends, optimize product structure, focus on consumers, by taking high-end, business, youth and other markets into consideration.

As the leader of the liquor industry, Moutai is a pioneer which innovates and makes breakthroughs, follows the fashion and transforms beautifully, none of which would be possible without its affirmation of future trends. In the future, liquor is likely to become the new favorite for conveying traditional culture and focusing on fashion life. This is precisely illustrated by the move made by the Moutai Group.

What belongs to a nation belongs to the world. Moutai is not only the pride of the Chinese nation but also a rare international treasure.

The color of rose gold is not merely the expression of young fashion, but more the expression of the pursuit of quality life. Wonderful colors can generate countless romantic associations. What’s more, there is the spirit of originality of innumerable craftsmen behind a famous brand. The repeated attempts from design to production as well as the technological innovation and improvement cannot be made without the hard work of the craftsmen. Without ingenuity, there is no luxury color that comes into view and so-called quality life.

Besides is auspicious implications, Rose Gold Moutai has a unique taste. With its rich taste, elegant and delicate liquor, mellow and rich flavors, and long aftertaste, it is an ideal choice as a gift, for entertaining guests or adding to one’s collection. Rose Gold Moutai mark an excellent start for the brand of Moutai at the beginning of 2018.

The rise of a brand is based on the force of strong products. While Moutai is a traditional product, Moutai Group has always attached great importance to scientific and technological progress. It has a decades-old liquor research institute and technology center, and a first-class scientific research team in the Chinese liquor industry. The development of Moutai will be made through further increasing the technological content of methods, also improving blending technologies, and extensively adopting new materials, equipment and techniques to make the products the fruit of high tech internally and externally, and achieving the ultimate unity of art and technology.

In the future, Moutai will exert its power in many aspects including internationalization of products, brands and market development, continue to launch products to suit the tastes of foreign consumers, promote the brand recognition of Moutai in the international market, and let the whole world know that Moutai is the best-distilled liquor in the world. 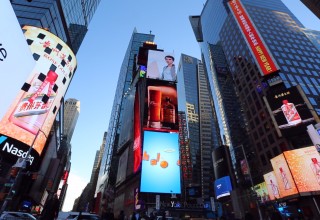 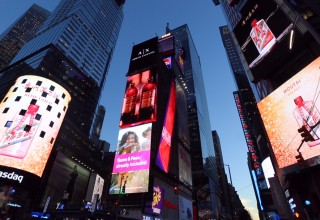 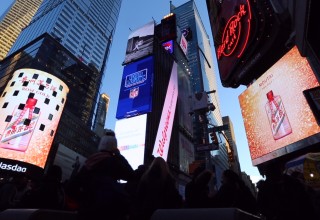 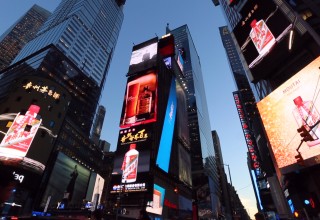 Wuliangye in Times Square: Vowing to Be the Heir and Enabler of Chinese Liquor Culture
Ewinner Education - Feb 15, 2018

In Times Square, World Found Values and Innovations of 'Made in China'
Ewinner Education - Dec 3, 2017
Newswire