TALLINN, Estonia, January 30, 2019 (Newswire.com) - Chimpion has announced that its crypto e-commerce platform will support Litecoin (LTC). LTC is among the first four currencies to join Chimpion’s own Banana Token (BNANA) as currencies supported by the Chimpion ecosystem.

“Chimpion has opened the door for merchants to transact in the blockchain economy,” said Alex Arnaut, Chairman of Chimpion, “and we’re proud of that. We’ve established this platform as a secure cryptocurrency e-commerce platform and we want to secure a wide range of cryptocurrencies for people to use with Chimpion. As one of the first altcoins, Litecoin has really stood the test of time and we are excited to add it to the Chimpion ecosystem.”

Launched in 2011 by Charlie Lee, an MIT graduate and former Google engineer, Litecoin (LTC) was one of the first cryptocurrencies released after Bitcoin was introduced in 2009. As a codebase fork of Bitcoin, Litecoin was created with the objective of making crypto transactions faster and less expensive. It has since become one of the most popular cryptocurrencies, consistently ranking among the top 10 coins.

By enabling Chimpion merchants to accept Litecoin and other popular cryptocurrencies, Chimpion is supporting the growing global demand for crypto-enabled commerce. Shoppers around the world can now use Litecoin to make purchases from Chimpion merchants, who will have access to a wider customer base and more efficient transactions using Chimpion’s user-friendly e-commerce platform tailored for cryptocurrency. The Chimpion ecosystem will be rolled out during early 2019.

Litecoin is a peer-to-peer Internet currency that enables instant, near-zero cost payments to anyone in the world. Litecoin is an open source, global payment network that is fully decentralized without any central authorities. Mathematics secures the network and empowers individuals to control their own finances. Litecoin features faster transaction confirmation times and improved storage efficiency than the leading math-based currency. With substantial industry support, trade volume and liquidity, Litecoin is a proven medium of commerce complementary to Bitcoin.

Chimpion’s primary goal is to drive the adoption of cryptocurrency as a payment solution by operating a rich e-commerce platform centered around digital assets. New startups and established merchants alike can become part of Chimpion’s vast network to take advantage of its fast and affordable transactions and user-friendly infrastructure. 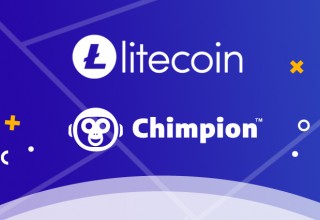 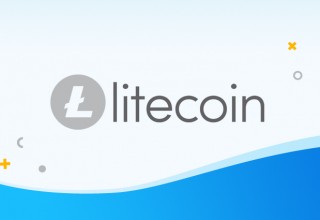