Sprawled across five ballrooms, the non-stop festivities feature Chicago’s best entertainment and finest drinks and refreshments. Guests will dance into 2018 as the city’s top DJs play the hottest music on incredible sound systems. Other attractions include a dazzling light show, exciting balloon drop and even a champagne toast at midnight!

The Drake Hotel, located on the Magnificent Mile at the corner of Michigan Avenue and Oak street, opened its doors to 2,000 guests on New Year’s Eve in 1920. Such famous individuals as five U.S. Presidents, Winston Churchill, Amelia Earhart, Frank Sinatra and Dean Martin have frequented the Drake Hotel.

In June of 1996, Princess Diana herself stayed at the hotel during her first and only visit to Chicago. This tradition of notable guests has continued to this day, and many famous socialites and celebrities spend their New Year’s Eve with Chicago Scene at the Drake Hotel. Don’t wait to get in on the action — claim your tickets today at www.NewYearsPartyChicago.com!

VIP tickets include all this as well as access to the VIP Grand Ballroom and access to 1.5 additional hours of bar service (8 p.m. to 1:30 a.m.).

We also offer both General Admission and VIP Party and Hotel Room Packages.

Your tickets include a Pre-Party on Dec. 30, 9 p.m. at the Hubbard Inn (112 W. Hubbard St., Chicago, IL). Start the party early this year with a complimentary glass of champagne!

Chicago Scene invites Chicagoans and tourists alike to experience the hottest party of the year and ring in 2018 with style.

Take a look at the fun here: https://www.newyearspartychicago.com/photos.

ChicagoScene.com was launched in 1998 by Ted Widen and quickly became one of the first social networking, events and entertainment sites in the country. Chicago Scene is known for its unparalleled production of events, including the Chicago Scene Boat Party, one of the largest boat parties in the country, Craft Beer Festivals and many other events. 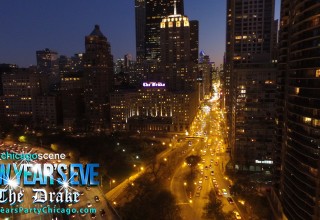 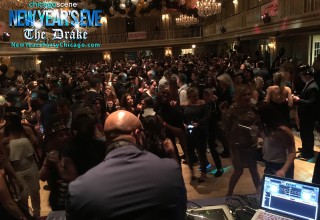 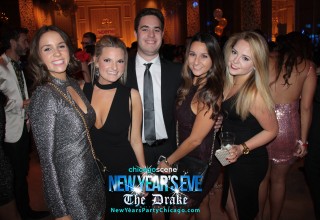 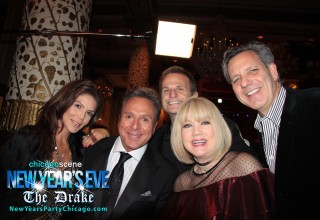