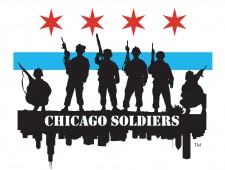 100% of proceeds will go to this year’s Chicago Soldier: US Air Force Captain Anthony Simone.

WHEN:     August 20th 8:00 A.M. Shotgun Start Scramble - 1:00 P.M. Patriotic Party
WHERE:  Meadows Golf Course, Blue Island, IL
WHAT:     Patriotic Golf Outing with 100% of the proceeds goes to a wounded Chicagoland  soldier.
COST:      $100 per golfer with Patriotic party to follow.
ACTION:  Please register for golf and make donations at www.ChicagoSoldiers.org
$100 for golf and $100 for merchandise and tee box sponsorships

US Air Force Captain Anthony Simone was the co-pilot of a helicopter with the 66th Rescue Squadron on a mission when the helicopter was shot down in Afghanistan. With little control of the spinning helicopter, Capt. Simone was able to steer to an area away from the prepared Landing Zone, saving lives on the ground. Capt. Simone, one of two survivors in the crash, sustained a severe traumatic brain injury (TBI). Captain Simone enjoys spending time with his wife, Andrea and their two young children and currently reside in Joliet, IL. Anthony can use some Chicagoland support and WE ARE GOING TO HELP!

Chicago Soldiers - Giving back to those who have Given Us Freedom