This is an exciting time for Certified Aviation Services (CAS) as the San Bernardino, California, hangar facility is being restructured and refocused to complement and enhance the growth of the AOG Go-Team with a core team. The team's concentration is on recovery, repair, modifications, and drop-in structural work.

"CAS is excited about refocusing on our Go-Team AOG support with our new dedicated SBD hangar location. By standing up a full-time team there at our hangar operations committed to AOG support, CAS will be able to deploy to AOG events more quickly with dedicated teams. Additionally, CAS will be able to utilize the hangar to better support airline modification programs as they come up. CAS has accomplished over 1,500 aircraft modifications and repairs worldwide and looks to the SBD hangar to increase the capacity for our airline customers to better handle their needs," states Brad Caban, President of Technical Operations.

Caban started his career in the USAF as an F-16 Crew Chief, followed by receiving his A&P mechanic license where he then worked for Delta Air Lines as an aircraft mechanic, in engineering, and then flight operations before joining CAS. Caban joined the CAS family in 2010 as the President and Chief Operations Officer of Aero-mark LLC, CAS's parent holding company. Caban is one of the original founders of the AOG Go-Team and was instrumental in making it a key part of CAS's offered services. Soon after, he would return to his maintenance roots by becoming President of CAS Components in Fairhope, Alabama. After many years, CAS has presented itself for Caban to return to CAS headquarters as President of Technical Operations and back to the Go-Team to maintain its highest standards that the team was originally built upon and help facilitate its growth. He brings with him over 35 years of experience. Caban is an instrument-rated pilot and a graduate of Embry-Riddle Aeronautical University with a Bachelor of Science in Professional Aeronautics.

Garmany started his career at the Spartan School of Aeronautics where he received his A&P license in 1986. He worked for Trans World Airlines for 10 years in various A&P maintenance positions. He was an A&P lead mechanic for Northwest Airlines, and then became the Maintenance Manager for Raytheon-Hawker/Beechcraft Corporation and was on its corporate AOG team. Garmany joined the CAS family as a contractor in 2009 and was brought on as a direct hire into management that same year for CAS's Go-Team and has been an essential part of nearly every 1,500+ Go-Team jobs since the team's inception. Garmany is Six Sigma and Lean Sigma certified. He also brings with him 35+ years of experience. He is continuing his role as Director of Recovery Repair and Modifications in the new partnership with Caban.

Certified Aviation Services, LLC (CAS) is an independent provider of MRO services for fleet operators, lessors, OEMs, and adjusters globally. Backed by more than 500 world-class A&P mechanics and 30+ years of service, CAS is an industry-leading performer. CAS takes pride in its commitment in workplace safety, high-quality, and cost-effective alternatives for the overall satisfaction of our customers. Throughout our nationwide network, CAS conducts line maintenance, modifications, installations, and component overhaul, as well as heavy recovery and repairs. Each division is committed to providing its operational expertise and comprehensive solutions when and where they are needed.

CAS (Certified Aviation Services) is a leading provider of MRO services for fleet operators around the world. 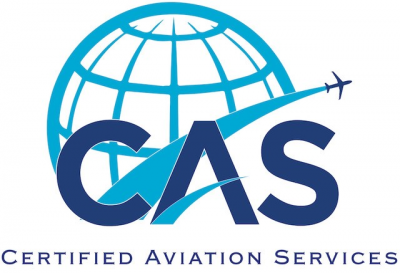