ALBANY, N.Y., May 11, 2021 (Newswire.com) - Celestial Robotics has an ambitious goal: Bring forth the age of robots. And based on their latest release, this talented team is well equipped to do so. Today they announced the launch of TiBeast - Powerful 12-DOF Robotic Dog & Walking PC. This incredible new project revolutionizes the entry-level robot market by bridging the gap between consumer and professional level robotics. TiBeast has been designed so that anyone can easily control and operate it using an intuitive app, making it the perfect tool for learning robotics, innovation, and fun. TiBeast is Available now on Kickstarter: https://www.kickstarter.com/projects/celestialrobotics/tibeast-the-powerful-12-dof-robotic-dog-and-walking-pc

TiBeast is an incredibly versatile robot that can perform a variety of useful tasks and can be a very helpful assistant in daily life for carrying objects, companionship, photography, video monitoring, going on patrol, acting as a mobile speaker and so on. It's like having a walking PC with endless applications for games, fun, creative innovation and learning robotics. Best of all, like all the products from Celestial Robotics, it's easy to learn and intuitive to use. Founder Alex Cui Jiahao had this to say…

"I have been a robotics enthusiast since I was young and my passion is to make robotics accessible for everyone. However, in my experience many entry level robotics systems are either so simple that they lack useful functions or they have many functions but require a high degree of knowledge to program and operate them. With TiBeast our goal was to deliver a versatile and powerful robotics system that is easy enough for everyday users but powerful enough for tech-savvy professionals." - CEO Alex Cui

From children to experienced programmers, everyone can enjoy TiBeast in their own way. Designed with a powerful Unity3D system, anyone can easily control TiBeast in 3D Mode via phone app or computer with a live-syncing 3D model. The included Cradle Studio software allows TiBeast to coordinate its accurate, sophisticated movements and control errors in degrees of millimeters, which gives it far superior precision control than typical entry level robots. 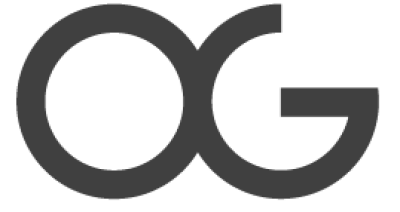