Calling All Musicians: You Could Play the Hollywood Bowl 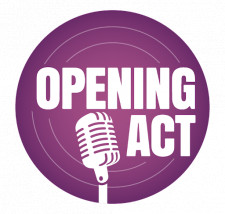 LEWES, Del., July 22, 2021 (Newswire.com) - Musicians worldwide are gearing up for Opening Act 2021, an online competition granting one performer or band the opportunity of a lifetime — to open a major concert at the Hollywood Bowl this fall.

Each year, Audacy (formerly Radio.com and Entercom) puts on a live show featuring heavy-hitters in the music industry. The 2019 Opening Act competition winners, RAINNE, opened for Taylor Swift, Lizzo, Billie Eilish, and the Jonas Brothers at the We Can Survive concert on Oct. 19, 2019. With an exclusive new lineup for this year's show, the competition is quickly gaining momentum. Not only will the winners of Opening Act hit the stage in Los Angeles, but they will win a cash prize of $10,000.

"You could hear the other acts sound checking. It was this high that you could not come down from," said RAINNE after playing the Hollywood Bowl. The alt-pop duo of Annie Dingwall and Justin Klunk have since been profiled on Grammy.com and have released a string of singles.

The Opening Act competition will not only provide an opportunity for musicians to showcase their talents and kickstart a music career, but a portion of the proceeds from the competition will benefit the American Foundation for Suicide Prevention. The organization is dedicated to saving lives and bringing hope to those affected by suicide. AFSP creates a culture that's smart about mental health through education and community programs, develops suicide prevention through research and advocacy, and provides support for those affected by suicide.

Those interested in learning more about Opening Act can visit theopenact.com for more details.