While Lottopia currently provides services for two games, its system is highly adaptable. It is a relatively new project from developer Brain Contents Inc. The company originally found success in its native South Korea where their app started providing pre-generated numbers for that country's national game, Nanum Lotto, a few years ago.

It has since become the country's preeminent distributor of "smart combos." This, in the wake of setting a national record with 87 Nanum Lotto jackpot winners using their numbers. The success is due to the app's advanced algorithm, LASS (or Lottery Analytics System), which parses historical Powerball and Mega Millions draw data. By studying winning combinations, the app isolates patterns within that are hot or cold. These combinations have been shown to routinely outperform favorite choices like Quick Picks, birthdays, and anniversaries. In short, their Lottopicks perform "better than random."

The company has since turned its gaze toward the world's largest lottery market in the United States. Its developers adapted the Korean app's successful algorithm to generate numbers for Powerball and Mega Millions. The new version of the app will boast updated visuals and a streamlined interface. Its utilitarian features such as results updates, a personal database, and ticket value calculation, provide convenient ways to play the lottery without the traditional hassles of ticket management.

Since its American debut, Lottopia has predicted the combinations for 7 jackpots, 113 2nd place prizes, and 1,415 3rd place prizes for Powerball. When asked about Lottopia's performance, Brain Contents CEO, Park Won Ho said, "We've built a system based on real data. Our record may be difficult to believe, but it's hard to argue with our results. We're sure Lottopia will appeal to lottery players from all walks of life."

The app is now available for download on Android and iOS. 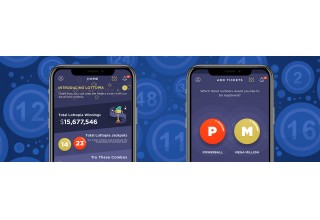 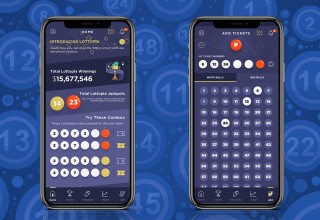