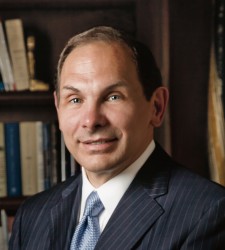 “Secretary McDonald is a visionary leader who has made a substantial contribution to the health and well-being of veterans throughout his life, and particularly during his tenure as Secretary of Veterans Affairs,” says Ken Falke, chairman and founder of Boulder Crest.  “We are humbled by his continued commitment to his fellow veterans, and look forward to benefiting from his vast experience on subjects of great importance to our organization.”

McDonald took over the VA in 2014 at a time of crisis for the second largest government agency and quickly made customer service and improved outcomes his focus. He launched the MyVA initiative, which recruited leaders from a wide variety of industries to streamline and improve VA’s processes and services. Harvard Business School highlighted the effort in a 2016 case study that recognized his efforts as achieving “impressive progress.”

As CEO of Procter & Gamble from 2009-2013, McDonald transformed the organization's leadership culture, earning the company repeated recognition as “the best company for developing leader talent.” In parallel, he led his team to scale by adding nearly one billion consumers and multiplying the organization’s stock price.

“Working with the team at the VA gave me an incredible opportunity to help improve the lives of those who served and transitioned like I did. I’m proud of the progress we made,” McDonald said. “Looking ahead, I’m eager to support the innovation at Boulder Crest, especially with their innovative post-traumatic growth based programs for those struggling with PTSD and combat stress.”

Boulder Crest is an innovative nonprofit organization dedicated to improving the physical, emotional, spiritual, and economic well-being of our nation’s combat veterans, family members, and first responders. Our programs are based on the decades-old science of posttraumatic growth and ensure that these remarkable heroes have the opportunity to succeed in their new mission – a life of passion, purpose, and service – here at home.

A privately funded retreat for military and veteran combat stress recovery founded on the science of posttraumatic growth..