The spiritual successor to Final Fantasy Tactics makes its way to Steam Early Access with help from Little Orbit.

IRVINE, Calif., December 15, 2020 (Newswire.com) - Little Orbit announced plans to release the first chapter of Unsung Story to Early Access on Steam this Thursday, Dec. 17. For months, the Southern California publisher has been working with a small team of testers, but this marks the first time that the infamous project will be available to all of its backers and the general public.

Unsung Story started as a promising Kickstarter collaboration between legendary director Yasumi Matsuno (Final Fantasy Tactics, Vagrant Story, Tactics Ogre) and digital board-game company Playdek. The project promised a fresh new take on the classic tactics genre set in a rich and complex new universe. By February 2014, it had expanded to include celebrated composer Hitoshi Sakimoto and successfully earned over $600,000 from backers.

From this auspicious beginning, the project slowly went off the rails with a series of broken promises, missed milestones, and many months between updates. By mid-2017, media outlets like Kotaku and YouTube personality YongYea had dubbed the project one of the Biggest Video Game Failures on Kickstarter.

In August 2017, Little Orbit made the unexpected announcement that, even though they hadn't received any of the Kickstarter funding, source code, or even art assets, they would be picking up the project and starting over from scratch based on Matsuno's original source material. Since then, backers and fans have been updated at least once a month on the project's Kickstarter page by Little Orbit's CEO, Matt Scott.

"This project was so risky when we took it over," said Matt Scott. "It still is, honestly. The expectations are so high, but I knew this game needed to get made. Over the last couple years, we've put a lot of heart and soul into Unsung Story, and I hope fans will help support us as we finish the rest of the game."

In the coming days, Little Orbit will be emailing PC Steam keys for the Early Access to backers of all tiers. They are hoping to drive awareness of the project's revival to its nearly 16,000 Kickstarter backers. Those backers will want to check their last registered email in BackerKit before Steam keys get emailed to ensure they get them.

Gamers who did not back Unsung Story on Kickstarter will be able to purchase an Early Access copy on Steam once it is publicly available on December 17, 2020. You can check out the game page here.

Unsung Story is Yasumi Matsuno's spiritual successor to Final Fantasy Tactics and Vagrant Story with many exciting innovations. The game takes place in Lasfaria, a world with musical magic where the ancient founders created a powerful song called The Opus to store the rules of history, science, and nature. But now, a 77-Year War has damaged that song and reality is coming apart. Players will need to build a team of Unsung Heroes who will start at the final battle and work their way back in time to save the world.

The digital press kit can be downloaded here: https://www.dropbox.com/s/9cdyetyhlualvwr/unsung-story-ea-press-kit.zip?dl=0 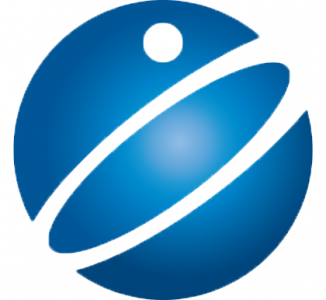