BEVERLY HILLS, Calif., November 27, 2018 (Newswire.com) - Noted real estate broker and high-end property expert Alex Radosevic is scheduled to attend the Opal Group’s Alternative Investment Conference to be held in the heart of Orange County at the Ritz-Carlton, Dana Point from Dec. 5-7, 2018. Radosevic, well-known nationally in wealthy circles as the “go to” expert when it comes to real estate investing will be taking meetings with various attendees both from the United States and abroad.

Currently, Radosevic is attracting knowledgeable investors that are interested in hotel projects both in development or slated to begin soon. No stranger to the hospitality industry, Radosevic has been involved with hotel investment opportunities for two decades, which has included maintaining a vital role relative to the prestigious Bel Air Hotel near Beverly Hills at the invitation of the Sultan of Brunei, the property’s owner.

“There has never been a better time for hotel development and investment,” Radosevic said. “Not only is the economy booming but additionally, hotel occupancy rates are through the roof. By all accounts, demand is projected to grow exponentially over the next decade,” he continued.

Radosevic has a track record second to none relative to development, construction and real estate deals that escalate dramatically in value. Investors from across the globe have sought involvement in Radosevic-led projects ever since the founding of Canon Properties almost twenty years ago, of which Radosevic serves as CEO and President.

“All economic indicators are pointing towards considerable growth in the hotel industry”, Radosevic said. “For example, CBRE reports that the market shows strong fundamentals, and RevPAR was forecast to increase 7.3 percent this year and another three percent in 2019,” he commented. Authoritative industry site Hotel Guru reports that occupancy levels are at a historic high and predicts a steady increase in the coming years.

“We are putting together an impressive group of savvy investors that want to capitalize on this incredible upward trend in hotel profitability,” Radosevic said. “We have consistently made money for our investors by being on the leading edge of trends, and we have some proprietary hotel development deals right now that are extremely hot which promise lucrative returns,” he added.

Radosevic attends select conferences and events across the country, appearing as a speaker and panelist at many. At the upcoming Opal event the Beverly Hills-based investment leader has meetings planned with several of his existing clients and others that have expressed interest in learning about some of the profitable deals Radosevic and Canon Properties are spearheading.

Despite a tight schedule, Radosevic is open to meeting new prospective investors.  “We will always try to find the time to meet with qualified individual investors, family offices and investment groups and entities that are looking for unique, hard to find deals that always exceed the return offered by other investment opportunities,” Radosevic states. “I look forward to meeting new prospective clients and business investment partners in Dana Point.”

Interested parties are urged to contact Radosevic at Canon Properties in Beverly Hills prior to the finalization of his Dana Point meeting calendar. 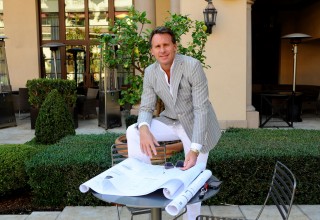 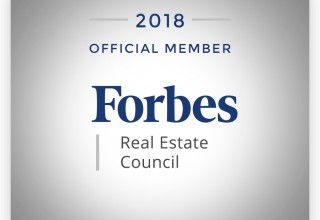