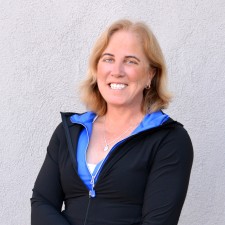 Carlsbad, CA, April 25, 2017 (Newswire.com) - Springtime is here and the weather is starting to warm up across the country. With the growing popularity of beach volleyball, many will be heading out to their nearest court with ball in hand. No matter what your skill level, a great resource to have is Angela Rock's Advanced Beach Volleyball Tactics. Released earlier this year, the book was written by Rock, an indoor Olympian, member of the Beach Volleyball Hall of Fame and a veteran of the pro tour.

Named by Amazon as a #1 New Release, the book is available both in a paperback and ebook version. It has received multiple five-star reviews on Amazon since its release in January. In addition to being sold on Amazon, the book is being distributed at Barnes & Noble and all major booksellers.

"Beach volleyball takes years to understand, but with this book, you get a crash course in everything, and the learning curve is accelerated."

"I hope that my insights give the reader an in‐depth look into the game from the perspective that comes from my long professional playing and coaching career," said Rock. "In the book, I cover the obvious topics such as offense and defense, as well as what I call the 'chess match' of the game of beach volleyball."

With a love of beach volleyball, Rock shares an insider's view of the game with beginners as well as aspiring elite players. Throughout the book, she uses real-life examples including warming up outside the courts, serving to score, setting skills and responsibilities, offensive tactics, effective blocking, defensive variations, and strategic options.

"Angela discusses philosophies, approaches and parts of the game that only someone with her playing and coaching experience can do," said Holly McPeak, three-time Olympian beach volleyball player. "Very few people worldwide have the credibility and experience to coach/play at the highest level like Angela has done. Beach volleyball takes years to understand, but with this book, you get a crash course in everything, and the learning curve is accelerated."

Rock was recently hired as the head beach volleyball coach at Saint Mary's College of California, where she trains the beach team, helps with match preparation and addresses all aspects of day-to-day practice and team strategy.

Rock will be holding an educational course at Beach CAP I and II in Gulf Shores, Alabama, May 3-5. The event is hosted by USA Volleyball and Gulf Coast Region.

She is available for interviews, speaking engagements and guest appearances for those who want to learn from her 30 years of experience as both an indoor and beach player.

While at SDSU, she participated on two NCAA Final Four volleyball teams in 1981 and 1982, and received First Team All American honors as an outside hitter on the Aztecs' women's NCAA volleyball team in 1984.

Rock was Team USA's most valuable player in 1985 and a member of the SDSU Hall of Fame and the Beach Volleyball Hall of Fame. She coached the U.S. beach volleyball team at the 1996 Olympics in Atlanta, the inaugural year of the sport in the Olympic Games.

Internationally, Rock played on the U.S. national team for five years, and participated in the 1986 Goodwill Games, the 1986 World Championships, the 1987 Pan American Games, and most notably, the 1988 Olympic Games in Seoul, South Korea, where the Americans placed seventh.

From 1987 to 2000, Rock was a major force on both the Women's Professional Volleyball Association and the Fédération Internationale de Volleyball tours. She won 27 events, including 12 titles in 1991, when she was voted the tour's best hitter.

Rock is a former San Diego firefighter and has mentored elite beach volleyball players over her career. When she isn't coaching, she spends time playing golf or enjoying her garden.

For more information and to set up interviews with Angela Rock, contact:

The Marriage Foundation Launches Premarital Courses at Del Mar Bridal Bazaar
The marriage of your dreams is within your reach
Radiant Writing & Communications - Apr 24, 2017
Newswire