BC.Game recently unveiled an updated version of their popular Crash Game. To introduce the new features, a fictional story line has been added.

LAS VEGAS, December 12, 2019 (Newswire.com) - BC.Game revealed unique features in a recent update to their popular game known as Crash. The update was inspired by the commentary of the frequent players. The BC.Game team noted that players repeatedly expressed the desire to have an option to try to predict the result of the game-green or red for win or loss.

The fictional tale of Bang and Long was first seen at BCGamePals.com and here is the most recent version of the tale.

Long was a gifted child, with talents that his community highly valued. Long became a beloved boy who could turn one loaf of bread into many. He was rumored to be an alchemist too, and the legends say he could transform dust into precious gold. Long was known to bring good luck with him everywhere.

The older twin, Bang, was quite different than his younger, more popular sibling. Bang was not a productive talent, but instead Bang was destructive. Bang could wilt the petals of a flower with his gaze and with just one hard stare he could turn green grasses withered and brittle. The community feared this boy named Bang. They agreed he was an outcast, and a misfit.

Bang was eager to grow strong, but his peers avoided him, and he had no friends. No teacher dared to train him. That is, until the The Red Burning Legion accepted Bang for who he was and the power he possessed.

Bang betrayed his village and vowed to make them all live the rest of their lives in fear. Long was deeply saddened by his brother’s betrayal and separation from the tribe. However, being a courageous leader, Long wiped his tears and prepared to fight his estranged brother, for the good of his people. A war horn blew a shrill and eerie warning of imminent battle.

Which side will you choose?”

BC.Game is a multi-currency blockchain gaming platform that is also a Bitcoin, Ethereum and EOS Dapp, or decentralized application. The platform runs its own node on the Bitcoin Lightning Network that allows for instant Bitcoin deposits and withdraws that would otherwise require an unpredictable amount of time, based on the fluctuations of the blockchain. BC.Game has been in operation for two years and makes an effort to continuously improve and scale their platform to best suit the needs and wants of the user base. 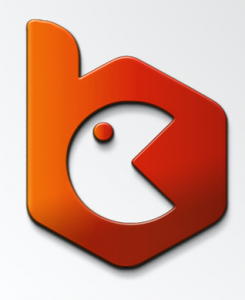