'Bali: Beats of Paradise' in Contention for Oscars 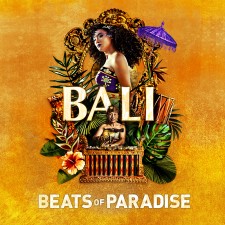 LOS ANGELES, January 3, 2019 (Newswire.com) - "Bali: Beats of Paradise" from Sun and Moon Films is in Oscar contention for the 2019 Academy Awards. It’s competing with films such as "Bohemian Rhapsody" and "Avengers: Infinity War" for the Best Picture category.

"Bali: Beats of Paradise," featuring Grammy Award-winning artist Judith Hill (from Oscar-winning "20 Feet From Stardom") and Indonesian composer Nyoman Wenten, pulls back the curtain on Gamelan music. Gamelan is an Indonesian traditional music ensemble that has been used in the film "Avatar," the TV show "Star Trek," as well as the Nintendo game "Mario Bros."

"Bali: Beats of Paradise" is directed by Livi Zheng and executive-produced by Julia Gouw (ranked among the “25 Most Powerful Women in Banking” five times by American Banker Magazine) and His Excellency Ambassador Umar Hadi (Indonesian Ambassador to Korea).

"Bali: Beats of Paradise" had its world premiere on Nov. 7, 2018, at the Academy of Motion Picture Arts and Sciences Samuel Goldwyn Theatre, Beverly Hills. The film opened theatrically in the U.S. starting Nov. 16, 2018.

As a film bringing together a stunning encounter with sights and sounds, "Bali: Beats of Paradise" is meant to take viewers on a musical journey like they have never experienced before.