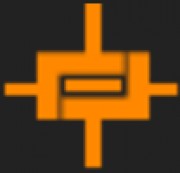 Tampa, FL, March 15, 2016 (Newswire.com) - ​​The Kickstarter for Legion TD 2 (LTD2) is running strong, raising over $50,000 in under 10 days. Two young men from Tampa, Florida, Julian Gari and Brent Batas, have started their own game company to follow their dreams. AutoAttack Games (AAG) is the vision of the two lifelong friends after the just-for-fun development project of the original Legion TD in their youth reached over 100,000 monthly players. The game was also successfully greenlit by the Steam community a few hours after reaching its Kickstarter goal. “We’re completely blown away,” said Julian ‘Jules’ Gari, senior designer of LTD2. “As a 3-man team of lifelong gamers, we’re honored to have such an outpouring of support.” LTD2, the first competitive tower defense for PC, is the successor to the hugely popular Warcraft III mod, Legion TD, which inspired StarCraft II’s Squadron TD and Dota 2’s Legion TD: Reborn. Now the creators of the original sensation are redefining the tower defense genre. AAG believes in providing content-creation tools, developer APIs, and open access to data. LTD2 will support modding and is not only a game, but also a platform for creativity. LTD2 is evolving and streamlining the custom games scene that was so loved in Warcraft III.

LTD2 takes the strategic base-building of classic tower defenses and pushes things to the next level. Instead of constructing buildings, you deploy and upgrade dynamic fighters that come to life. Rather than beat the stage or solve the puzzle once, you coordinate with teammates to defeat intelligently-adapting opponents. With a wide array of strategies, LTD2 offers a unique experience with every game. The closed beta launches with 4 playable legions (races) and over 50 unique fighters. “You’ve got to think ahead. Your choices determine how your fighters engage and maneuver in battle,” said Brent ‘Lisk’ Batas, lead designer of LTD2. “This is our opportunity to put the strategy back into real time strategy games, which we feel have become more about muscle memory and less about smart decision-making.”

AAG launched a Kickstarter campaign to usher LTD2 through closed beta, which is on track to release this year. After the beta stabilizes, the developers will be adding additional content, improving, and balancing the game for years to come. Check out the Kickstarter and watch the gameplay trailer at LegionTD2.com/kickstarter.