Ken Ware is the founder of the NeuroPhysics Therapy Institute based out of Queensland, Australia. 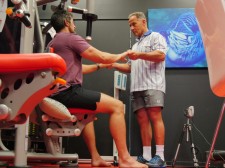 It is estimated that a staggering 18.2 percent of adults in the United States alone are affected by anxiety disorders, according to the findings of a study of 14 countries by researchers from the World Health Organization (WHO) and Harvard Medical School. The principal investigator for the study, Ronald C. Kessler, the McNeil Family Professor of Health Care Policy at Harvard Medical School, was quoted in a Forbes article as saying that the U.S. sees more violence, higher murder rates, and more car accidents than in Western Europe. He notes that in part may explain why the U.S. has a high rate of post-traumatic stress disorder, another anxiety disorder.

"We now know so much more regarding the discrete details that govern and determine how the human nervous system perceives and responds to the environment and the debilitating psychophysical conditions that emerge from multisensory integration deficits (MIDs)," says Ware. "People who have developed MIDs, live in a constant state of fear and avoidance, which at worst can result in complete social withdrawal. Long-term states of fear, avoidance and eventually anxiety further inhibit normal adaptions to the environment. This creates a positive feedback loop that leads to further increases in anxiety for these individuals, until they reach a critical episode point."

The analyses of data from many years of service and investigation into the historical lifestyles of people living with anxiety disorders, has prompted Ware to propose that the generalized effects of living in today’s bigger, stronger, faster world, especially when combined with long-term states of hyperarousal that usually accompanies excessive use of technology and social media, can impose upon normal multisensory integration of socio-environmental cues, generating significant perceptional errors that result in abnormal fear and avoidance responses to normal nonthreatening socio-environmental settings.

Ware notes that NeuroPhysics Therapies radical nonlinear approach addresses stimulus-response conditioning that gives rise to chronic anxiety. He described the approach fundamentally as “an introduction of carefully measured and controlled hormetic doses of environmental stressors that are 'self-administered' by the anxiety prone individual to their central nervous system."

Ware points out that NeuroPhysics Therapy primarily targets the central nervous system where it is recognized as being most sensitive and vulnerable to environmental stressors. The stress-based perturbation exposes the psychophysical complexities of underlying anxieties and the individual's overreactions to non-threatening environmental stimuli, which is symptomatic of people with long term anxiety disorders.

"The confines of the movement, combined with the super slow speeds the individuals are asked to perform the movements at, is what agitates them," explains Ware.

He notes that by individuals performing the movements at super slow speeds, the NeuroPhysics Therapists are able to easily identify the points when the incoming stress reaches the threshold that amplifies the individual's underlying anxieties. He cites that the medical field's use of hormetic dose response is fairly well-established now and sports medicine works with non-medicinal doses of stress to provide stimulation in the hormetic low dose zone, followed by an inhibitory response at higher doses.

Ware adds that users of his system tend to become better at dealing with their real-world stressors in relatively small-time scales. He expressed during the presentation how the benefits of eliciting hormetic dynamics in the human system has been observed with NeuroPhysics Therapy within the sheer numbers of people whose long-term anxiety disorders resolved with significant reductions and eventual withdrawal from medications.

During his presentation, Ware provided further evidence of the success of the therapy thus far for returned veterans suffering from long term post-traumatic stress disorder (PTSD). Ware insisted though that he is not suggesting that NeuroPhysics Therapy provides all the answers to these debilitating disorders, rather that the results simply imply that the path they are on now has substance, as many people are receiving unprecedented benefits from this radical form of therapy. He confirms that research and development will no doubt be forever ongoing.

Ware and NeuroPhysics Therapy are also accredited to assisting world-renowned paralympian John MacLean to become the first paraplegic to walk again after spending 25 years in a wheelchair. This was highlighted in a special feature on the Australian 60 Minutes program. Incredibly, MacLean went onto complete a triathlon 18 months post his first session of NeuroPhysics Therapy in 2013.

To learn more about Ware and his research work visit, NeuroPhysicsTherapy.global.

NeuroPhysics Therapy Institute uses breakthrough science to achieve its goal of delivering care and healing to all. NeuroPhysics Therapy is an extremely gentle, exercise-based treatment, that engages and triggers the body's natural healing processes through very light and controlled resistance training. The therapy is consistently associated with observably beneficial impacts for people with a wide variety of mild to severe conditions including disorders, injuries, diseases, and athletic performance. To learn more visit, NeuroPhysicsTherapy.global. 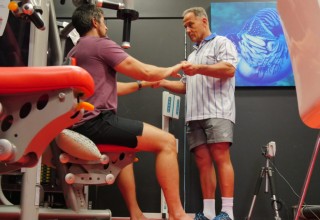 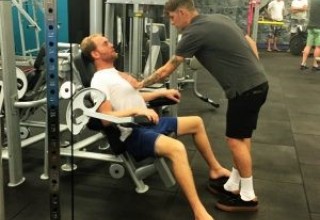