The Amos family has dedicated their lives to travel across the world to make a difference for animal adoption and saving dogs from euthanasia. 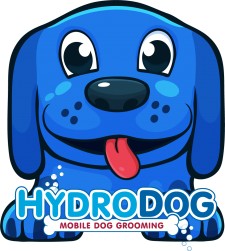 CHICAGO, July 23, 2020 (Newswire.com) - One by one, Americans are falling in love with the Amos family and HydroDog’s mobile grooming business after the family and their "Bathe To Save Tour" was picked up by Animal Planet for a six-part documentary series. HydroDog is best-known for its exceptional dog grooming services offered inside their famous “Big Blue Dog,” a fully functional, fiberglass, dog grooming salon on wheels. The inspiring new series, Furever Home Family is currently airing on Animal Planet. The show highlights the Australian family as they make their way across the U.S. on their “Bathe to Save Tour.” The show is jam-packed with fun, energy and is also full of emotion as every stop has a new shelter story to highlight and new homes to be found.

What ties this family into HydroDog is that the entire concept was founded by Anthony Amos, an Australian entrepreneur at the young age of 21. He envisioned and built the trailer system compete with a giant dog bath in the form of a massive, over-sized blue dog to travel around city streets, and in seven short years, Amos became one of the youngest millionaires in Australia after revolutionizing the mobile grooming industry.

"The next step for the business was to launch HydroDog in the United States and replicate our success from Australia,” says Amos. “Upon detailed research, we learned that roughly 5,000 dogs a day are euthanized in the United States," says Amos. "That is when our passion for growing the HydroDog took a serious shift towards ’Bathe to Save‘ as we had a brand-new mission.”

The initiative titled ‘Bathe to Save’ was a brainchild of the family. They purchased an RV and began to plan their U.S. tour with the goal of raising the profile for local shelters and holding bathing and adoption events to lead to finding every rescue pup a Furever Home Family.

While on tour, the HydroDog franchise grew organically across the U.S. as the Big Blue Dog was spotted state-to-state, bathing and saving thousands of dogs.

“The turning point for our family was when we got the call that our documentary series was picked up by Animal Planet,” Amos said. “We knew we were doing something special, but this was an opportunity for us to reach an entire new audience.”

Enter 2020. There is no better time than now to adopt a dog or own your own business. The ”Bathe to Save” initiative is now airing nationwide on Animal Planet and the franchise is gaining traction with dog lovers of all kinds as they partner with adoption facilities and work hand-in-hand with the “Adopt, Don’t Shop” mission.

For information about HydroDog and its mission to support local shelters and rescues while raising awareness about animal adoption, visit hydrodog.com.

Arizona Author, Joe Contrera Shares A Humorous Yet Poignant Journey On Self-Discovery
Many people live by the golden rule which challenges us to treat each other as we wish to be treated; but you can't give away something you don't have and you cannot fully love others if you don't love yourself. Untililovedme.com
Vanderwall PR - Feb 26, 2014
Newswire