With an FBI-reported 1,247,321 violent crimes in the US in 2017, most of today’s security measures lack a preventative approach. “Our goal is to save lives and speed help to the scene of the crime,” said Lisa Falzone, CEO and co-founder of Athena Security. “As more and more school principals, business owners and religious leaders thank us for adding this extra layer of protection to keep the people they serve safe, it’s an overwhelming feeling that we’re making a difference.”

"While Athena Security's A.I. technology provides a never before used ability to mitigate crimes with computer vision, also important is to be socially responsible with such a new technology that could be linked to racial, ethnic and religious profiling.

“Lisa Falzone and Chris Ciabarra have world-class business building pedigrees and their new software company, Athena Security, will not only save lives and mitigate crime, but will do so in a socially responsible way that responds appropriately to today’s globally violent times,” said Adrian Fenty, General Partner at M Ventures and former Mayor of Washington, DC.

Headquartered in Austin, TX and founded by former Revel Systems founders Lisa Falzone and Chris Ciabarra, Athena Security is a cutting edge A.I. security camera startup with 99% accuracy to help mitigate crimes and shootings for schools, corporations and places of worship. The Athena Gun Detection Security system, which masks all Personally Identifiable Information (PII), can be stand-alone or integrated with existing cameras. For more information go to Athena Security’s website at http://athena-security.com

Gun Detection System using your current camera systems to detect a active shooter before they shoot. 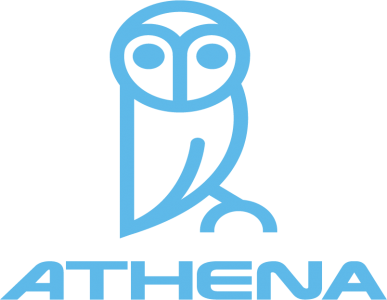 Athena Security and Al-Ameri International Trading Partner to Launch the 'Keep Mosques Safe Initiative,' Designed to Prevent Active Shooter Situations at Mosques All Over the World With Gun Detection
The Al-Noor Mosque in Christchurch, NZ will be one of the first two mosques to leverage Athena Security's award-winning AI-powered active shooter detection platform to protect its worshippers and staff after the tragic mass shooting.
Athena Security Gun Detection - May 3, 2019
Newswire