The Anders Gustaf Ekeberg Tantalum Prize is awarded annually for outstanding R&D on the element tantalum (Ta). The award ceremony will take place during the T.I.C.'s 2018 Tantalum-Niobium conference in Rwanda in October 2018. 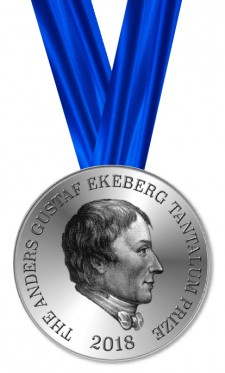 BRUSSELS, Belgium, September 10, 2018 (Newswire.com) - The Anders Gustaf Ekeberg Tantalum Prize (‘Ekeberg Prize’), awarded annually for outstanding contribution to the advancement of the knowledge and understanding of the metallic element tantalum (Ta), has been awarded to Dr Yuri Freeman of KEMET Electronics for his 2018 book, ‘Tantalum and Niobium-Based Capacitors’.

Dr Freeman is the Director of Advanced Research in the Tantalum (Ta) business unit and a member of the Advanced Technology Group at KEMET Electronics. Dr Freeman received his PhD in Solid State Physics from Kharkov Technical University in Ukraine. Prior to KEMET, he worked as the principal scientist at Elitan, the largest producer in the Soviet Union of Ta and Niobium (Nb) capacitors, and at Vishay Sprague in the USA. He has published more than 30 papers and received 26 patents in the field of physics and technology of Ta and Nb-based capacitors.

Announcing the 2018 winner, the independent judging panel stated that they had chosen Dr Yuri Freeman because his book, which has made up for the lack of basic books about tantalum and tantalum capacitors in education, was a very good scientific overview, providing basic insight into the manufacturing process of Ta-based electrolytic capacitors.

Furthermore, Dr Freeman has devoted most of his career to the development of Ta-based capacitors and made significant contributions, technological breakthroughs and performance improvements in these devices. The panel of experts added that they wished to congratulate all those authors of publications on the shortlist whose work is challenging the boundaries of current knowledge of tantalum.

The award is administered by the Tantalum-Niobium International Study Center (T.I.C.), the global trade body representing the tantalum and niobium industry.

The prize and award ceremony: The medal for the Ekeberg Prize is currently being manufactured from pure tantalum metal by the Kazakhstan Mint and will be awarded at the T.I.C.’s annual conference, the 59th General Assembly, which will be held in Kigali, Rwanda, in October 2018. The T.I.C.’s conference is the largest annual gathering of tantalum and niobium industry leaders, with delegates from every sector of the global industry. Full details, including a list of those companies already confirmed, are available here.

Born in 1767, Anders Gustaf Ekeberg was a Swedish scientist, mathematician, and poet. He became a professor at Uppsala University in 1794 and initially made his name by developing advanced analytical techniques and by proposing Swedish names for the common chemical elements according to the principles set out by the "father of modern chemistry," Antoine-Laurent de Lavoisier. Ekeberg discovered the oxide of tantalum in 1802, isolating it from samples of two different minerals, specifically, tantalite from Kimito, Finland and yttrotantalite from Ytterby, Sweden.

According to Ekeberg’s friend, the chemist Jacob Berzelius, Ekeberg chose the name ’tantalum’ partly to reflect the difficulties that he had experienced in reacting the new element with common acids and partly out of his passion for ancient Greek literature. Tantalus was a demi-god who killed and cooked his son, Pelops, and as punishment was condemned to stand in a pool of water beneath a fruit tree with low branches, with the fruit ever eluding his grasp, and the water always receding before he could take a drink. Ekeberg suffered from poor health in later years and in February 1813 he died, unmarried, at the age of 46.

Since its inception, the Tantalum-Niobium International Study Center (T.I.C. or the Association) has grown and developed to encompass the changing nature of the tantalum and niobium industries and will continue in the same spirit in facing future challenges. After initially focusing on just tantalum, in 1986 niobium joined the association and today our membership represents every aspect of the global tantalum and niobium industries. 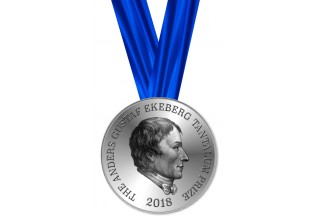 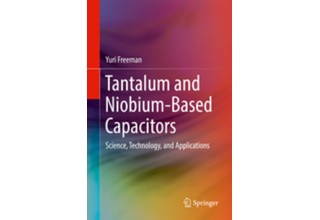 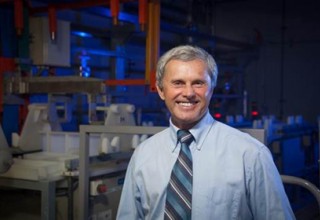