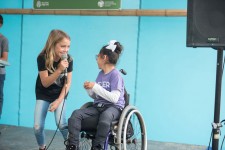 SANTA BARBARA, Calif., November 7, 2019 (Newswire.com) - Anja Firestone, 8, the daughter of reality TV show personality and hospitality mogul Andrew Firestone, is on a mission to make a difference. This Friday, November 8, the young singer will be releasing her second single, “Come On and Dance” and first music video at a charity luncheon for Gwendolyn’s playground. Part of the Gwendolyn Strong Foundation, this playground will aim to provide a more inclusive environment for kids and change the standard of play that currently exists, as well as provide community solutions for both children and parents.

Anja co-wrote both her first song “Where We Belong” and new single with her music teacher, Erland Wanberg, based on the thoughts and emotions she felt while trying to ensure all children are included, regardless of their physical limitations. Anja’s mission is perfectly depicted by the Gwendolyn Strong Foundation, and she is already making a positive impact by being a spokesperson for children of all backgrounds.

The sold-out luncheon event will take place on November 8 at Hidden Oaks Ranch in Santa Barbara and will inspire its attendees to take action to build a kinder future.

Anja Firestone is an energetic 8-year-old that has been singing since she could speak. As a toddler, Anja modeled regularly for clients such as Janie & Jack, Munchkin and Walmart. While continuing to work regularly for numerous clients, Anja began to explore her love of music and dancing. Teaming up with her music teacher, Anja co-wrote and recorded a song called “Where We Belong”, which channeled some of her thoughts and emotions about making sure all children felt included regardless of their physical limitations. Anja continues to pursue her love of music, while continuing to work with clients such as American Girl, Pottery Barn Kids/Teen, H&M and LL Bean. When not on set, you can find Anja riding her motorcycle with her two brothers, practicing gymnastics, or most likely with her head buried in a Harry Potter book!​

Gwendolyn Strong Foundation aims to transform lives and build a kinder, more inclusive future. Victoria and Bill Strong were ambitious to start this foundation when their oldest daughter, Gwendolyn, was diagnosed with Spinal Muscular Atrophy or SMA, at 6 months old. Despite the prognosis, these parents never gave up, and Gwendolyn thrived beyond expectation and possessed such a strong determination to just be “one of the kids." Gwendolyn Strong Foundation strives to provide a more inclusive future and create a kinder, more accepting tomorrow. 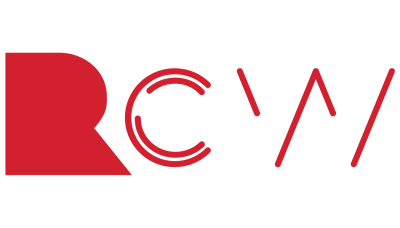