Anita Mohan Named as Event Chair for Relay for Life

Anita Mohan is a South Florida resident, who not only raises two daughters but also makes enough time to be an event chair for Relay for Life as well as an owner of a non-profit pet product company called Doggielicious. 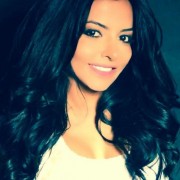 Weston, Florida , February 12, 2016 (Newswire.com) - Anita Mohan is a South Florida resident, who not only raises two daughters but also makes enough time to be a previous event chair for Relay for Life as well as an owner of a non-profit pet product company called Doggielicious.

Born in Queens, New York, the daughter of a Columbian father and Indian mother, Anita was a diligent student with opportunities to attend many different schools. She decided to select a school near home and help her mom and dad, thus forging her ever-lasting need to take care of her loved ones. Her work ethic began at a young age, starting at Auntie Annie’s, where she became the fastest pretzel maker in the store. Anita then used her skills to work at a local bank. During which time she was always active in various charities and philanthropic endeavors.

In 2005, Anita moved to South Florida and made Weston her hometown.  Soon thereafter she got involved with Weston Relay for Life. an American Cancer Society Event.  In 2013, Anita was made event chair. Media Group Lifestyle covered the event.

“More than 70 teams competed in last year’s Relay, and Anita Mohan, this year’s event chair, hopes to set another record.

On the schedule for this year’s event at Cypress Bay High: popcorn, bounce houses, face painting, and a “Taste of Weston,” where local restaurants offer samples of their goods.

“We need to entertain if we want them to stay all night,” Mohan says. “So our entertainment goes until 3 in the morning, then there’s a rest period, and then we start up again.”

Tapping into her marketing background and with a tremendous amount of work, she was able to create an event that generated record donations over the previous years.

In 2015, with the help of her two daughters, Divya 9 and Leela 7, Anita created a non-profit pet product company called Doggielicious.  With the goal of producing dog products made from all natural ingredients made by the loving hands of her daughters. Her oldest daughter Divya loves dogs but because of her allergies cannot own one, thus they decided to help in other ways. In their first show, the product sold out in 3 hours. Proving that Anita is a person who cares about others, even if they have 4 legs and a tail.

Today, Anita raises her two daughters in Weston, always focusing on school as a priority, making Divya and Leela the top students in their classes. She spends countless hours doing homework as well a volunteering at the school as a room mom. She is a pillar of her community and respected by friends and family alike.