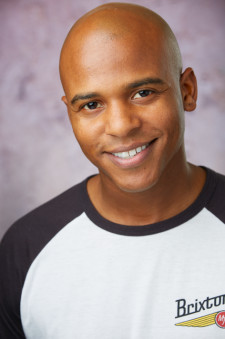 SEATTLE, April 16, 2021 (Newswire.com) - TLG Motion Pictures ("Hoarders"), founded by American film and television producer Courtney LeMarco, announced today that it has selected Antonio de Graffenreaidt as winner of The Big Pitch, a national competition providing opportunity for Black, Indigenous, and people of color (BIPOC) with a strong interest in film, production, and content creation. The 34-year-old Los Angeles, California resident has been awarded a $20,000 Service Grant toward the development of his unscripted series concept Culture Shock.

de Graffenreaidt's Culture Shock is an unscripted series that tells the timely story of racism in America. An intense social experiment, Culture Shock will invite people with vastly different worldviews and backgrounds, like a Black Lives Matter activist and a Proud Boy, to switch places and live in each other's shoes for two weeks. At the end of each episode, participants of Culture Shock's social experiment will come together to discuss what they learned.

"I believe Culture Shock can be a unique opportunity to hold up a mirror to the racial injustices happening in America right now," said de Graffenreaidt. "As a Black man, I realize racial inequity and violence on Black and brown bodies is nothing new. As a Black filmmaker, shining a light on marginalized stories and encouraging difficult conversations around racism through my work is my way of dismantling white supremacy. I'm incredibly honored to have the opportunity to bring my vision for Culture Shock to life and hope it can contribute to this timely discourse on racism and equity."

de Graffenreaidt was chosen from a talented pool of 10 finalists who also had the opportunity to present their television or film concept to the producers at TLG Motion Pictures. Last year's winner of The Big Pitch was Seattle-based filmmaker Crisantos Chavez, whose film project PRIV-I-LEGE explores the concept of white privilege from the perspective of a young boy who transfers from his prestigious private school to the lowest-performing middle school in the country.

"I was blown away by the number of compelling submissions we received from such a talented pool of aspiring BIPOC filmmakers this year," said Courtney LeMarco, President of TLG Motion Pictures. "As a Black filmmaker, I have always dreamed of amplifying BIPOC voices and shedding a light on underrepresented narratives. Antonio's Culture Shock seeks to do just that, and we're looking forward to sharing his vision with the rest of the world."

For more information on The Big Pitch and to see the full list of finalists and their projects, please visit https://www.tlgmotionpictures.com/thebigpitch.