BOTHELL, WA, March 26, 2018 (Newswire.com) - The American Laser Study Club (ALSC) establishes The Kumar Patel Prize in Laser Surgery. The prize will be awarded annually, at the ALSC Annual Symposium, based on the merits of recipient’s contribution to the science and/or practice of laser surgery.

C. Kumar N. Patel, Ph.D., MS, is the inventor of the CO2 laser, which has become the most popular soft tissue surgical laser across all specialties of human and veterinary medicine. The CO2 laser’s ability to precisely vaporize one cell layer at a time, due to its excellent absorption by histological water, and its unique ability to delicately coagulate blood capillaries are just some of the features that make the CO2 laser the gold standard of surgical lasers. Thanks to over 50 years of technological advances in optics and electronics, the CO2 laser energy is now relatively easy to produce and ergonomically deliver to the surgical site in a variety of accurately controlled beam shapes and pulse formats. Among the many notable CO2 laser applications in the recent years is frenectomy that helps alleviate breastfeeding difficulties in newborns.

The co-chairs of the ALSC Inaugural Symposium have awarded the 2018 Kumar Patel Prize to Dr. Patel himself for his invention of the CO2 laser in 1964. The award ceremony will take place on Sunday, April 8, 2018, at the American Laser Study Club Inaugural Symposium in Orlando, Florida, where on day one of the Symposium (Friday, April 6), Dr. Patel will deliver a keynote address entitled “The Discovery and Science of the CO2 Laser.”

The American Laser Study Club was founded in 2017. Its mission is to fill the void in current laser dentistry and laser surgery education, namely in the area of laser-tissue interaction science. ALSC also assists clinicians preparing for the certification exam with The American Board of Laser Surgery (ABLS).

The Home of Science-based Laser Dentistry, Surgery and Safety Education 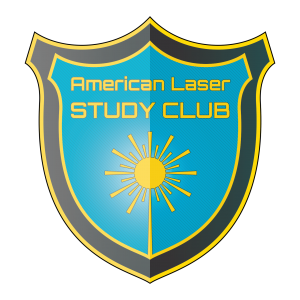