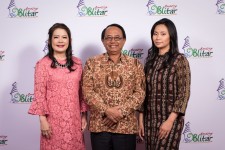 LOS ANGELES, May 30, 2018 (Newswire.com) - "Amazing Blitar" is the latest film by acclaimed filmmaker Livi Zheng. On May 2, 2018 it became more than a film; it was a major event in Los Angeles. Coordinated with the release of the film, Blitar Regent Drs. Rijanto accompanied traditional dancers & musicians from Blitar who performed for the public in downtown Los Angeles and for academia on the University of California-Los Angeles (UCLA) campus. Attendees were treated to gratis Indonesian coffee and food to “set the table” for the audience to feel that they had been transported to this untainted part of the world. Raised in Blitar, it was Zheng’s goal to convey the harmony, beauty, and people of her homeland in a way that felt personal and immersive.

The film and event is the culmination of the idea Livi and Julia Gouw manifested more than half a year ago. Along with Regent Rijanto, the duo spoke at the event and took part in a dialogue with students at UCLA’s department of Asian Languages & Cultures and Ethnomusicology classes. Recognizing Los Angeles as one of the most international cities in the US they felt it was an ideal location to unveil "Amazing Blitar". In addition to the Regent and his wife, there were 15 musicians and dancers, and a few staff members who traveled from Blitar for the event.

Julia Gouw, an icon of the American banking industry, has been ranked as one of the “25 Most Powerful Women in Banking” by American Banker Magazine, presented the opening speech of the event. As a native daughter of Indonesia who attended university in the U.S., she epitomizes the American dream of success. Gouw is the ideal bridge between the two cultures. Also speaking was Blitar Regent Drs. Rijanto. Regent Rijanto described the history of his people to the audience.

The live performance of dancers and musicians during the evening were unlike anything American audiences had seen before the night of May 2, 2018. In the same way that the language might be unfamiliar, but contain a sentiment that is understood, the sights and sounds of the artists on stage were as mind-expanding in their unfamiliarity, as they were in their astounding execution. Traditional dances like the Emprak, the Jaranan, and others are varied in their meaning and purpose. Traditional dances, such as those, are used to mark the beginning of a harvest season, to cleanse the village, to give thanks, or simply to invite everyone to socialize and be of good cheer. The masterful performances given that evening were a sensory feast.

"Amazing Blitar", Livi Zheng’s film and love-letter to her hometown, was presented before the evening’s final dance. Livi’s goal was to share what it is like to see the beauty of Blitar through the eyes of one of its daughters; Livi herself. The final dance of the evening was one which invited audience members to stand alongside the dancers and move along to the music and motions of Blitar. By standing next to someone from a very different place and moving alongside them we may hope to see that we are all very much alike and can learn from each other.

The highlights of "Amazing Blitar" can be enjoyed on YouTube: 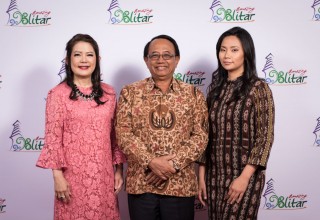 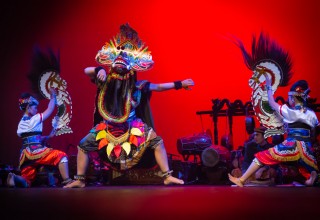 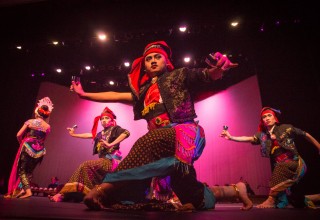 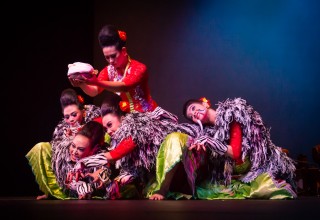