Almost 60 Percent of Poll Respondents Fail to Recall If, and When, They Backed Up Important Documents

Respondents most fear employers having access to personal content and intimate messages and photos. Over 70 percent of U.S. and U.K. poll respondents say loss of personal phones would be most concerning in the wrong hands. 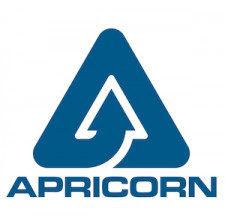 POWAY, Calif., March 31, 2022 (Newswire.com) - Apricorn, the leading manufacturer of software-free, 256-bit AES XTS hardware-encrypted USB drives, today announced new findings from a Twitter poll exploring device data and backup processes ahead of World Backup Day on March 31. When asked to be honest with their admissions regarding when they last backed up the important files and documents on their home computer, a massive 57 percent responded with "ummm!" indicating that they do not know, or indeed, may never back up their content.

Discouragingly, the number stating they had done so in the last week (17%), last month (12%), and last year (14%) were no more reassuring. And yet, almost 30 percent of respondents admitted to having lost treasured photos from their smartphone, iPad or home computer because they hadn't done so. Additionally, 14 percent said they had lost important documents and 11 percent stated that they had lost emails they needed through not backing up vital content or documents on their devices.

"Today is World Backup Day, implemented to raise awareness of how important it is to have a backup copy of the data and information that matters most. We can never be too sure what's lurking around the corner, and we need to be prepared for anything — backing up data plays a major role in this. It keeps information safe and enables fast response, restoration, and recovery in the event of a disaster, reducing downtime and minimizing reputational damage, be it personal or organizational," said Kurt Markley, U.S. Managing Director, Apricorn.

Additionally, the poll found that over 50 percent of respondents disclosed that if their employer had full access to their phone/laptop for a day, they would be most concerned about them uncovering personal content, with a further 19 percent saying they most feared their employers accessing intimate photos and messages.

While the huge concern over personal data may not come as a big surprise, respondents seemed less concerned about employers finding private company data (10%) on their devices. This lack of concern is noteworthy given that almost one-fifth said they were worried about the discovery of their poor data security practices, suggesting they know they are slacking when it comes to securing their data.

"Protecting sensitive information, whether personal or corporate, should be a priority for all employees and their organizations. If there are concerns over intimate photos and messages being easily accessible, users should be doing everything in their power to protect them. The same can be said for business data — the risks presented by those that misuse their access to data can be hugely detrimental in terms of the impact on the confidentiality and integrity of sensitive information and the repercussions to the business," said Markley.

"Yet again, personal devices took precedence over business mobile phones and laptops, showing that attitudes towards business property finding its way into unscrupulous hands is the least of the respondents' concerns. It's important that users remember that every employee has a role to play in data security and it's not the sole responsibility of the organization/employer," said Markley.

"With more employees working remotely and businesses adopting more hybrid working scenarios, there has been an influx in BYOD, and the enterprise landscape stretches way beyond its traditional boundaries. Organizations are already tasked with the monumental challenge of providing secure access to corporate networks," he added.

However, it does seem that the drivers to backing up data such as important documents or treasured photos are warranted, and respondents do recognize some of the critical threats to their information. Fear of theft/loss (41%), the desire to always have a copy (30%), the fear of being hacked (17%), and the cost of recovering data (12%) are all justifiable reasons to back up. Unfortunately, just not enough to encourage the respondents to do so.

Markley added, "Having a data backup in place is critical, as well as the importance of where, and how, data backups are stored. A regular and reliable backup process will protect against unexpected data loss from all potential sources. One of the easiest ways to create backups is to simply store copies of important files on hard drives or other storage devices connected to your systems or network. Having an offline copy, backed up locally on hardware-encrypted storage devices, in addition to on-premise and cloud storage options, is also advised."

Apricorn provides secure storage innovations to the most prominent companies in the categories of finance, healthcare, education, and government throughout EMEA, North America, and Canada. Apricorn products have become the trusted standard for a myriad of data security strategies worldwide. Founded in 1983, numerous award-winning products and patents have been developed under the Apricorn brand as well as for a number of leading computer manufacturers on an OEM basis.

Wi-SUN Alliance Report: IoT Security Fears Fall by Over 30% in the Last 5 Years as Data Privacy Concerns Grow for Companies Deploying Solutions
Data privacy regulation a top three challenge for IoT adopters; UK organizations more likely to include secure data collection in their IoT strategies
Mockingbird Communications - Aug 4, 2022
One-Quarter of IT Security Pros Say Employees Are Not Adhering to Security Policies and Processes, Despite Growing Threats
Fifty percent of organizations have increased cybersecurity and data protocols over the past two years but still struggle with compliance.
Mockingbird Communications - Jun 7, 2022