Alfoto INC. Announces That Its Kickstarter Campaign for Q Mic Has Reached 100% in Under One Hour

Q Mic continues to gain momentum on Kickstarter after reaching 100% of its $10,000 goal in just one hour. Q Mic is a content creator-friendly microphone with three different recording modes: Directional, Omni, and ASMR. 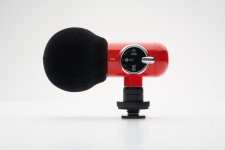 NEWPORT BEACH, Calif., August 19, 2019 (Newswire.com) - After garnering a lot of anticipation for the launch of Q Mic, Alfoto INC. has announced the launch of its Kickstarter campaign for Q Mic and its success in obtaining 100% of its funding goal in under one hour.

While a majority of microphones on the market today can only perform one or two types of audio recording, Q Mic has been designed to incorporate three different types of recording modes: Directional, Omni, and ASMR.

The Directional Mode has been designed to capture crystal clear audio from directly in front of the microphone. In Omni Mode, Q Mic will capture 360-degree audio which means that all sounds in a fixed distance from the microphone will be recorded. Lastly, the ASMR Mode enables Binaural-like ASMR recording which can produce the "tingly-sensation" which generally calms and relaxes the minds of the viewers or listeners.

The Q dial on the microphone allows users to easily switch between any of the three modes which can also be done in the middle of a recording session. One unique aspect of Q Mic is that it requires no batteries to operate. Users can simply select one of the four provided cords and plug it into the respective 3.5mm compatible jacks to begin working with Q Mic. This makes Q Mic particularly ideal for live streamers on platforms such as Facebook, Instagram, Twitch, and Mixer.

Q Mic is now available on Kickstarter with Super Early Bird prices starting at $79. Alfoto INC. anticipates shipping to begin in December 2019 so that backers can receive their rewards by Christmas. Any journalists or influencers interested in receiving a sample of Q Mic to review can contact Alfoto INC. through its Kickstarter campaign. 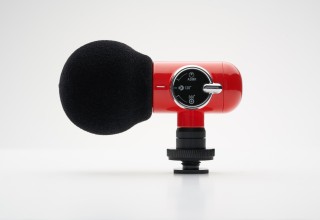 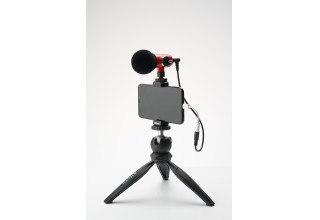 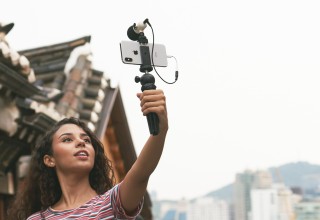 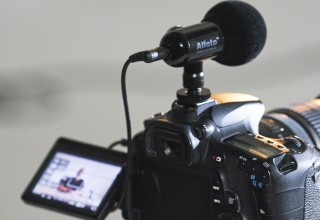 The Selfie Grip to Challenge the Qualities of a DSLR Just Launched on Kickstarter
LUMI ELFI, the 360-degree, rotational, one-grip equipment that advances the features of a smartphone camera, is now exclusively available for pre-order on Kickstarter.
Altos Business Group - May 20, 2020

Despite COVID-19 Scare, Isolife Inc.'s Kickstarter Campaign for IsoSpine is Set to Finish in the Top 1% of All Kickstarter Crowdfunding Campaigns
Altos Business Group - Apr 23, 2020