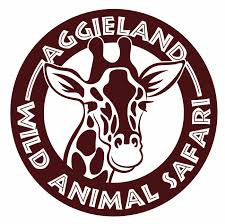 Aggieland Wild Animal Safari, known as the Serengeti of the South, encompasses over 250 acres, which is 2.5 times the size of other parks in the region. The theme park includes an expansive Drive Thru Safari, a walk through nature zoo, exhibiting a wide array of animal species including Giraffes, Ostrich, American Bison, Zebras, Fallow Deer, Watusi, Wildebeests, Emus, Lemurs on their own island habitat, Australian Kangaroos, Donkeys, Miniature Horses, giant Sulcata Tortoises, a very large Hippopotamus and much more.

The Aggieland Wild Animal Safari guests, who visit can experience the thrill of feeding the animals right from their car in the drive-thru, or in the walk-about nature Adventure Zoo exhibit area.

The CEO and Chairman of the Board, Dale Van Voorhis stated he "is thrilled with this magnificent addition to the Wild Animal Safari and Parks! America., Inc. family of parks. We have a dedicated group of employees, zookeepers and staff who believes in animal conservation, education and quality family entertainment." Mr. Van Voorhis is an industry veteran and has almost 60 years’ experience developing theme parks across the nation. He states "that there is no greater joy than to see a child's smiling face while feeding an 18-foot-tall Giraffe, an American Bison, or a giant Sulcata Tortoise.  That experience and family memory will last a lifetime."

Aggieland Wild Animal Safari is open every day from 9AM-5PM, other than Christmas Day. The hours during the summer are extended on the weekends. The park is located just a few minutes north off the 190/21 exit from HWY 6 at 18075 FM 974, Bryan, Texas 77808. The park can also accommodate family reunions, large school field trips and catered outings.