Afin Coin Demonstrates the Meaning of Co-Blockchains at Malta Summit 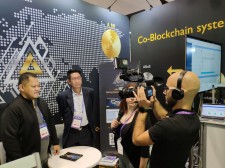 LAS VEGAS , November 11, 2018 (Newswire.com) - During the recent Malta Blockchain Summit, the Afin Coin team demonstrated the meaning of what they call “Co-Blockchains.” During the massive conference, several thousand blockchain enthusiasts and entrepreneurs gathered to learn about various startup projects and their technologies.

Afin Coin, in exhibitor booth 78, explained to the audience what they mean when they refer to a Co-Blockchain system. According to Gai Nanthana, commercial and project director for Asian Fintech PTE LTD, one of the reasons the Afin Coin project has two coins is to avoid the volatility that cryptocurrency is often feared for.

"Afin's dashboard can solve many problems for people. Afin works with the challenges presented in digital currency and provides an easy way to exchange values and data with the infrastructure of blockchain. In our Co-Blockchain system, Afin is a variable coin (ERC-20) and AfinS is a stable coin (SCP)," Nanthana said.

First, there is the stable coin, called AfinS, which makes use of the Stellar Consensus Protocol. The other token, called Afin, is an Ethereum-based, variable ERC-20 token. The two Afin coins can be swapped instantly, right in the dashboard at AfinCoin.io. This seems to satisfy both the need for stability and the craving for the thrill of the crypto markets.

During the Malta Summit, Afin Coin also distributed some of their newly launched hardware wallets to the Summit crowd. The KeyWallet Touch devices are equipped with FIDO U2F certification, which means the hardware has the ability to be utilized as a two-factor authentication (2FA) device in the foreseeable future.

Join the conversation on Telegram: https://t.me/AfinCoin. 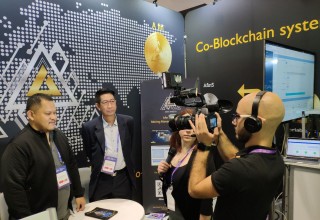 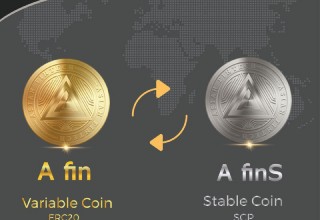 Afin Coin to Be Listed on LATOKEN Exchange
AfinCoin.io - Dec 6, 2018