6AM City: The Fastest-Growing, Newsletter-First Local Media Company in the United States Expands to 24 Markets

6AM City to expand into 24 U.S. markets by December 2021 and has hired experienced media executives to key leadership positions.

GREENVILLE, S.C., June 21, 2021 (Newswire.com) - 6AM City, the fastest-growing, newsletter-first local media company, is on pace to more than triple the size of the business in 2021. Over the next six months, 6AM City will expand into 24 cities nationwide and reach more than one million subscribers. To help facilitate this expansion, the company has added experienced media executives to its board and leadership team.

"We have spent the past five years establishing the foundation that would allow us this opportunity," said Ryan Johnston, 6AM City's CEO. "Our team, product, and process are ready and prepared to build out a national network of 6AM Cities."

As we emerge from the pandemic, cities across the country are intensely focused on economic recovery and future growth. 6AM City has positioned itself as a catalyst to help municipalities attract and retain the very best talent by educating and activating current and prospective residents.

6AM City will accelerate expansion in 2021 by announcing its next 14 markets — including five metros on the West Coast, two in Texas, and several in the Midwest, adding to eight current markets across the Southeast. Additional markets will be named in the coming months. Say hello to:

These cities were identified as expansion markets for 6AM City because of their level of  Pride in Place™.

"One year ago today, it would have been easy to label us as a local media company serving cities in the southeastern United States," said Michael Mazzara, VP of Expansion. "At the time, we launched a PickMyCity™ campaign, receiving hundreds of requests from all over the country — both from new community members and legacy residents seeking a resource to strengthen the relationship with their cities. Combining that national interest with hundreds of hours of research on population growth, thriving community efforts and Pride in Place™ metrics, we found these next cities to be some of the strongest in the country. City expansion is a mix of art and science."

In prospective markets, 6AM City has established partnerships with organizations looking to expedite economic recovery, including economic development entities, professional sports teams, and the entrepreneurial ecosystem. These relationships are accelerating the company's expansion.

In each city, 6AM will be hiring local editorial and sales staff that will exude CurioCity™, maximizing the live, work, and play environment in which they will be immersed. While many local media companies are struggling to retain talent, 6AM City continues to be on a hiring surge. The company currently has dozens of open positions in editorial, sales, marketing, and creative roles that can be located in any of the cities that the company serves.

In addition to the markets announced, 6AM City plans to crowdsource two additional markets for 2021 through a PickMyCity™ initiative, where interest from local economic developers, investors, advertisers, editorial talent, and publishers with established audiences will help to identify the remaining markets for this year.

To support these efforts, Emily Parkhurst has been hired as VP of Content and will be responsible for all editorial and branded content produced by 6AM City. As a core member of the leadership team, she will guide earned and paid content, and work closely with the revenue generation team to align content strategies with sales opportunities.

"Local media has never been more important, and I'm beyond excited to have the opportunity to join the leadership team at 6AM City," Parkhurst said. "This organization has a proven track record of success and a compelling product that resonates with readers. Our content drives civic pride and community engagement in some of the most dynamic and fastest-growing cities in the country. Hiring talented and committed people who are proud of their cities and believe in the 6AM mission will be a big part of my focus in the coming months."

Adam Ryan has also been appointed to the Board of Directors. Adam's experience as the former President of The Hustle will provide strategic value as 6AM's expansion will tap further into the intersection of content and commerce.

"As the media landscape continues to evolve, the need for a trusted local publisher remains at the top of the list of opportunities. With the successful content distribution 6AM City is achieving on a local level, they are positioning themselves to seamlessly intertwine commerce opportunities into their roadmap," Ryan said. "This talented team is trailblazing a new path for what a successful media organization looks like. I look forward to the journey ahead."

"6AM City will continue to seek experienced media talent as we position for exponential growth into 2022 and beyond. We can't wait to share upcoming product innovations that will continue to differentiate 6AM from other media brands," said Ryan Heafy, the company's COO.

About 6AM City, Inc.: 6AM City is redefining the future of local media as the fastest-growing, newsletter-first local media company in the country, delivering the most relevant need-to-know local news and events via a daily email at 6 a.m. The newsletters are a five-minute read, conversational in tone and politically unbiased. 6AM isn't in the business of manufacturing content to replace the local newspaper — rather you can think of 6AM as a distribution center for all local content, which specializes in packaging, distribution, performance, convenience, and profitability. For more information, visit their website at 6AMcity.com or follow their social media channels on LinkedIn, Facebook, Twitter, and Instagram.

About 6AM City Inc

6AM is redefining the future of local media as the fastest growing newsletter-first local media company in the country, delivering the most relevant need-to-know local news and events. 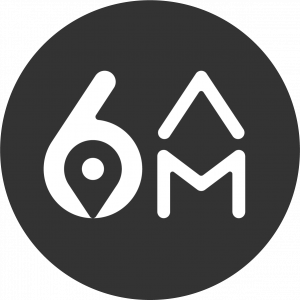 6AM City: The Fastest Growing Newsletter-First Local Media Company in the United States to Double in Size
6AM City to launch in Louisville, KY (LOUtoday) and Kansas City, MO (KCtoday) in July 2021
6AM City Inc - May 10, 2021

6AM City: The Fastest Growing Newsletter-First Local Media Company in the United States Expands Operations to Richmond, Virginia.
6AM City will launch its ninth newsletter in Richmond, Virginia as RICtoday in May 2021
6AM City Inc - Mar 25, 2021

6AM City: The Fastest Growing Newsletter-First Local Media Company in the United States to Expand Nationally in 2021
6AM will double the size of the company starting with the newsletter launch of NASHtoday (Nashville, TN) in March, to join 7 existing southeastern markets and 300,000+ subscribers.
6AM City Inc - Feb 1, 2021
Newswire