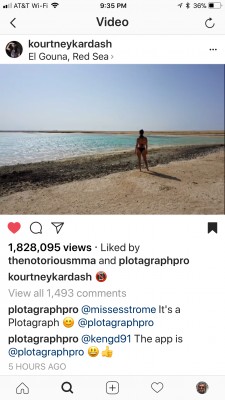 SANTA BARBARA, Calif., August 20, 2017 (Newswire.com) - Around 4 p.m. on Saturday, Kourtney Kardashian amazed her fan base of more than 58 million on Instagram with a Plotagraph animation. The photo was taken at the Red Sea in Egypt and animated with the Plotagraph+ iOS App. Her post can be viewed here on her Instagram profile.

Her followers, including combat sports mega star Connor McGregor, liked the Plotagraph, with more than 1.8 million views and over 460k likes only five hours after posting, a significant increase in engagement from her previous post. Followers were very interested in the technology as Plotagraph received massive attention from interested spectators. Follower comments reflected their interest in the animation technology. One follower commented, "this is iconic," perhaps eluding to Kourtney's use of such new technology at a world-renowned location.

We are so excited that Kourtney posted her first Plotagraph! I think she is a real trendsetter and you will see other brands or celebrities start to use Plotagraph+ once they learn about the massive increases in follower engagement.

Plotagraph+ has been on fire on the iOS App Store, with over 128K units sold since being released for iPhone less than a month ago. The app allows users to easily add motion to any image, with no video required. The Plotagraphs can be exported to most social media platforms and typically result in massive increases in user engagement, some as high as 600 percent.

For the best visual experience, head over to Plotagraphs.com to see amazing Plotagraphs created by artists from all over the globe.

The Plotagraph+ iOS App is currently 50 percent off in the App Store for a limited time. Apple iOS users can purchase the app here. 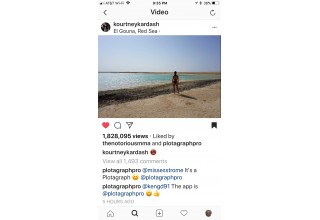 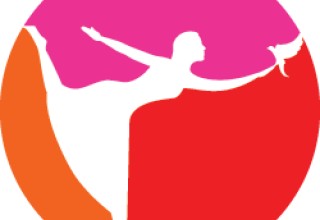 Plōtagraph is a company dedicated to the creation and curation of looping content. Our applications are available for iOS, Mac and PC and allow anyone to add motion to any photo, without the need for video or multiple images.