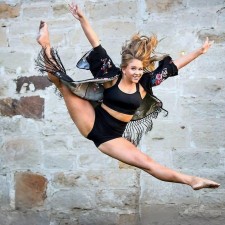 MILLTOWN, Wis., November 5, 2019 (Newswire.com) - ​The field is set for the 2019 Greatmats National Dance Instructor of the Year award contest.

Twenty-nine dance teachers from across the United States are vying for the fifth annual award, which honors instructors who have made a positive impact in the lives of their students and communities. These instructors have been nominated by members of their respective communities.

An online vote will take place at https://www.greatmats.com/2019-greatmats-national-dance-instructor-of-the-year.php from Nov. 14 through Nov. 28, 2019. The two instructors with the most votes will be named finalists. Then, Greatmats will choose the winner between the finalists, based on their demonstration of service/community impact, integrity and quality of instruction. The winner will be announced on Dec. 13, 2019.

This year’s nominees are:

​The National Dance Instructor of the Year Award is one of eight annual awards given out by Greatmats as part of its Fifth Annual National Award Series.

Greatmats is a national dance flooring retailer based in Milltown, Wisconsin, since 1999. Greatmats gives back to its local community by donating to local non-profit organizations. It also supports green initiatives through the use of solar energy at its Wisconsin headquarters and by offering a large variety of products made from recycled and renewable resources.