The King Takes Your Castle

Richard R. Sylvester, J.D., Ph.D. has released his book The King Takes Your Castle: City Laws That Restrict Your Property Rights. This book is now available at Amazon Kindle, and soon will be at leading bookstores nationwide with distribution by Ingram. This Report to the Federal Trade Commission and the U.S. Senate includes insider information on economic and legal trends for the sharing economy, with focus on short-term rentals and federal regulations needed to curtail city restrictions. 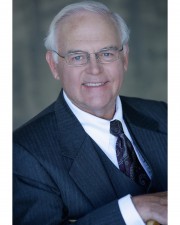 Los Angeles, CA, November 30, 2015 (Newswire.com) - Richard R. Sylvester, J.D., Ph.D. has released his book The King Takes Your Castle: City Laws That Restrict Your Property Rights,. This book is now available at Amazon Kindle, and soon will be at leading bookstores nationwide with distribution by Ingram.   Dr. Sylvester’s treatise is the first public release of his Report to the Federal Trade Commission and the U.S. Senate which describes the significant economic stimulation resulting from the sharing economy, and the critical need for federal regulations to prevent restrictive city ordinances from damaging the economy.

This book describes important national issues raised by short-term rentals.  The economic effect effectively transfers funds from international travelers to local property owners, resulting in stimulation of the local and national economy, with rapid financial growth for internet booking firms, such as Airbnb and Expedia/HomeAway. The international traveler gets substantially better quality at a lower price, and the price competition lowers hotel rates.

The book is intriguing, including a compilation of full-color photos of top architecturally designed properties, a persuasive discussion of the facts, and a detailed listing of dominant case decisions.   This book is essential reading for all persons who seek to retain their property rights which are guaranteed by the U.S. Constitution.

Like the canary in a mine, this book gives clear early warning of the foreseeable economic disaster resulting from city greed in their search for more tax revenue.   The overreaching city laws are intended to raise city tax revenue, but these laws are now causing substantial damage to the local and national economy.

The rapid growth of short-term rentals resulted in an aggressive response from hotel workers unions who seek rent-controlled apartments.   Nationwide, looking to their next election, city executives passed new draconian city ordinances which now impose severe restrictions for short-term rentals.  This book shows how police power used for zoning laws corrupts and overreaches, so that the fresh ordinances clearly violate fundamental Constitution rights. This book shows a detailed analysis of the long line of U.S. Supreme Court decisions which hold that overreaching is repugnant to the U.S. Constitution.

Currently, many cities have released or are currently preparing a variety of restrictive regulations.  Recent voting in San Francisco has prevented bans on short-term rentals, but Los Angeles has not yet decided on the terms of proposed regulations.  Some cities, such as Santa Monica, now ban even advertising of most short-term rentals.  This book shows a detailed calculation of the resulting economic losses to Santa Monica.  Over the next decade, the loss of rental income to owners of rental property in Santa Monica will  be $207 million, and a $727 million loss to the local area.

The economic impact of short-term rentals is on a scale similar to the federal expenditures designed to stimulate the economy.   This book includes detailed data on the major impact on the economy, and why investors must now consider the investment risks caused by the unusually strict local regulations.  Each property owner must now understand their Constitutional rights, the impact of the faulty city ordinances, and the critical personal investment decisions required to avoid major losses.  Most investors must shift their investment strategy and political choices to match the new paradigm of the sharing economy.

The facts in this book help explain current events.  Litigation regarding city taking of property rights is proceeding in Florida, and plans for major class action lawsuits against cities are still in the formative stages in other states.  Until recently, cities have relied on their police power to pass restrictive ordinances without resistance. This year, a Supreme Court decision struck down a long-standing city ordinance on Fourth Amendment grounds, Los Angeles v Patel.   As shown by the recent San Francisco voter response that approved short-term rentals, public relations efforts can curtail unreasonable city restrictions without litigation.

This book includes a clear historical review of property rights, where even the king could not enter a home without the owner's permission.  As a major change, recent restrictive city ordinances take away the inherent right of an owner to rent property for less than 30 days.  Many cities now view the economic growth as an opportunity to tax and restrict.  New city ordinances now impose severe restrictions for short-term rentals, which appear to overreach and therefore violate the essential liberties guaranteed by the U.S. Constitution.  The new city laws have caused a major decline in local economies.  Accordingly, many major investors now rethink their construction investments which are necessary for full economic recovery.

Richard R. Sylvester, J.D., Ph.D. is a mathematical economist with specialization in valuation.  His recent engagements include determination of the value of privately held corporate stock for high technology firms.  He is a specialist in determining economic damages, investment risk, contingent liabilities, loss of income, the present value of future cash flow for business operations,  and the value of partial ownership of assets.   For over two decades, he has been retained by major law firms and the Board of Directors of major corporations to value corporate stock and partnership shares.  As an independent expert witness on economics, valuation and federal tax issues, he was selected by major corporations such as Comsat and Pioneer Electronics.  He was selected by the Internal Revenue Service to substantiate a $700 million income tax underpayment by two large integrated oil companies.

Dr. Sylvester has over thirty years of top-level professional experience, including the corporate staff of Fortune 500 firms, including General Motors and Hughes Aircraft.  He has served on the division staff of several firms such as Lockheed California Company, TRW Systems Group, and General Dynamics. He has qualified as an expert witness in Federal District Court, U.S. Federal Claims Court, and California Superior Court.

Dr. Sylvester has recently valued property rights, patents, copyrights, music rights, and gifts of partial interests for estate planning.   He is a specialist in the use of quantitative methods for assessment of risk, such as use of stochastic calculus for block discounts for stock portfolios based on foreseeable price fluctuation during orderly liquidation of shares.

For over three decades, his background has been listed in Marquis Who's Who in the World, Who’s Who in America, and Who's Who in Finance and Industry (1980-2015).  He won competitive academic awards from the Ford Foundation, General Motors, the U.S. Federal Government, and the Regents of the University of California (1957-70).  He was a featured guest speaker at the 1980 national economic seminar, sharing the speaker’s podium with former President Ford.  He was the featured economist on ABC Prime Time Live, June 27, 1991, a documentary nominated for the Emmy.  For three decades, he has advised the boards of major corporations and agencies of the U.S. Government regarding strategic planning and direction for federal budget allocation and advanced technology projects.

He is the author of several graduate-level textbooks listed in Bowker's Books in Print on accounting, tax law, and finance.  Book titles include: The King Takes Your Castle: City Laws that Restrict  Your Property Rights, Treatise, Report to the Federal Trade Commission and the U.S. Senate (2015), Tax Minimization (2008), Calculus for Executive Decisions, Second Edition (2002), International Transfer Pricing, Second Edition (1994), and Tax Planning, Fourth Edition (1980).  He is the author of computer software listed in Bowker's Software Encyclopedia. For two decades, he has taught economics, business law, quantitative methods, and management at UCLA, USC, Pepperdine, Loyola, University of Redlands, and California State University.