Online reference of NYS doctors' info to disappear if funding is cut. Opinion by Ilene Corina, President, PULSE of NY 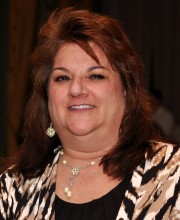 Wantagh, NY, February 3, 2015 (Newswire.com) - The proposed New York State Budget removes the NY State Physician Profile website that holds physician profiles and information about doctors practicing in New York. Used properly and appropriately, this website was meant to be a tool to inform the public and empower patients to choose someone they know something about to treat them.

PULSE of NY, one of America’s first (if not the first) nonprofit, community-based, grassroots patient safety advocacy groups was started in 1996 as we worked to get physician profiles available for NY State residents.  I would speak to groups, asking the questions: “What do you know about your doctor?”  and “What makes your doctor a good doctor?” When people thought about the question, they realized they knew very little.

I stood next to Governor George Pataki on October 6, 2000 and thanked him, Assemblyman Richard Gottfried and Senator Kemp Hannon, both chairs of their respective health committees, for helping people who use New York’s healthcare system at least to have the power to know something about the physician who will treat them.

It was never about good vs. bad doctors.  It was about empowering patients with information.  How many times does a physician come into the emergency room and you know nothing about them?  Asking questions may take up valuable time and may cut into the four minutes they give you.

A friend recommends a physician and if you want to see if she takes your insurance, what hospitals she uses, or what languages she speaks, you can just look it up. Not any more, if this budget passes. If NY State physician profiles come to an end, we can only wonder what other power will be taken away from the sick and vulnerable who use New York’s healthcare system.

We should be demanding answers: when will patients or their family members get the tools and the training that will empower them?  When will we stop leaving it up to the healthcare industry to keep us safe?  It has been proven over and over again: that’s not working as well as it could be.

In 1998 a study was released that as many as 98,000 people die every year in hospitals from preventable medical errors.  In 2013 the numbered quadrupled to 400,000.   No rights have been given to the public following that recent study, instead more rights will be taken away from the most vulnerable – the sick.

When my son died from a tonsillectomy in the years before New Yorkers had physician profiles available, I always said I liked his surgeon even though I know he screwed up and it cost my son his life.  Later, when I needed a surgeon for another son, I felt helpless: I was still unable to make a choice based on what I could find out about a surgeon.  For that reason I worked tirelessly to have the physician profile law passed, and now at least I feel like I am choosing a physician I know something about.  I want patients and their families to have some power.  It was the least I could do in my son’s memory.

For background and more information, please see this article: http://www.syracuse.com/news/index.ssf/2015/01/cuomo_wants_to_pull_plug_on_website_that_reveals_malpractice_info_about_docs.html.