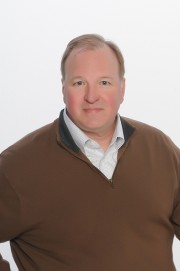 Clarence, Iowa - Leading Iowa democratic US Senate candidate ​Tom Fiegen called on the Democratic National Committee (DNC) to schedule more democratic presidential debates. The Cedar Rapids progressive called on the DNC to honor the traditions of democracy and allow the public an open robust discussion of issues.  "Our democracy has always benefited from the open exchange of ideas in the public square.  Our party has a history of embracing many and vigorous debates about the best way forward," Fiegen said today.

Fiegen's comments came in the wake of the DNC chairwoman Debbie Wasserman-Schultz's refusal to increase debates, despite yesterday two DNC vice-chairmen calling for her to change her position and despite ongoing protests and petitions from democratic voters. Only 6 debates are currently scheduled. Iowa democratic front-runner Senator Bernie Sanders and former Maryland Governor Martin O'Malley have both encouraged more debates to help the public understand complex issues.

Fiegen, a former state senator and a strong supporter of Vermont Senator Bernie Sanders, said the severity of problems facing the middle class, including crushing student debt and job losses deserve a vigorous public discussion of ideas.  "In this age of wage stagnation and obscene accumulation of wealth by a few, we deserve to hear each candidate assert and defend their plan to make the American economy work for all of us again.  Limited debates are undemocratic.”

Fiegen currently leads the field of democratic candidates for the US Senate in Iowa.